Over 300,000 operations carried out against terrorists since FETÖ's failed coup attempt in 2016 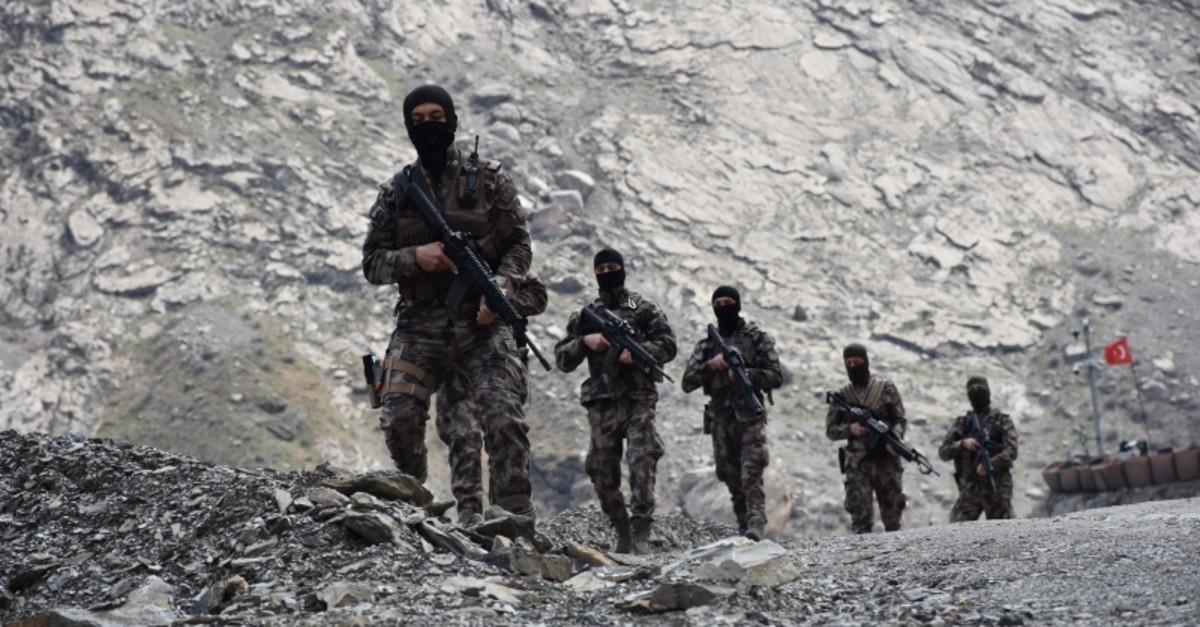 Speaking at a dinner for the families of the veterans of the failed coup, Soylu said Turkey lost many innocent lives over the years in its fight against traitors and terrorists who aim to divide the country.

He added that they have conducted a total of 324,243 operations in three years and made 69,496 arrests against all terrorist organizations. "We also neutralized 5,778 terrorists in that time," he confirmed.

The terrorist group is accused of employing its infiltrators from the army's air, land, naval and gendarmerie forces to overthrow the government. Their 2016 attempt failed in the face of strong public resistance, and tens of thousands of people were detained or arrested in its aftermath.

Following the putsch bid, security forces also stepped up operations targeting the civilian members of FETÖ, including those that had not actively participated in the attempt but were suspected of financing the terrorist group. Trials are also underway for FETÖ's nonmilitary members.

Turkey marks July 15 as Democracy and National Unity Day. The day is commemorated with events honoring those who lost their lives while defeating the putschists and to remember the bravery of the nation.

"This country has suffered a lot from betrayals," Soylu said. "Whatever you call terrorism and to whatever source you attribute it, we will eliminate terrorism from these lands and we intend to make Turkey the world's safest country."

Soylu underlined that besides Turkey's battle against terrorism, it has also been dealing with irregular mass migration and the global drug trade.

In its more than 30-year terror campaign against Turkey, the PKK, listed as a terrorist organization by Turkey, the U.S. and the EU, has killed, injured and disabled tens of thousands of people, including women and children.

The Hakurk region is among the main locations PKK terrorists use to infiltrate Turkey or attack Turkish border outposts. The area is located some 30-to-40 kilometers south of the Derecik district of southeastern Hakkari province, bordering Iraq, and currently serves as the main base for terrorists between their headquarters in the Qandil mountains near the border with Iran and Turkey.

Another terrorist group that is being targeted by Turkey is Daesh. Turkish security forces have been involved in a long-running campaign to rid the country of Daesh terrorists. The terrorist group is blamed for a string of terror attacks in Turkey that killed dozens of people over the past three years in Istanbul and Ankara as well as cities in the southeast.

Security forces have also foiled at least 10 attacks. Figures show that some 18,500 suspects are currently being monitored for links to the terrorist group after being identified at airports upon arrival.