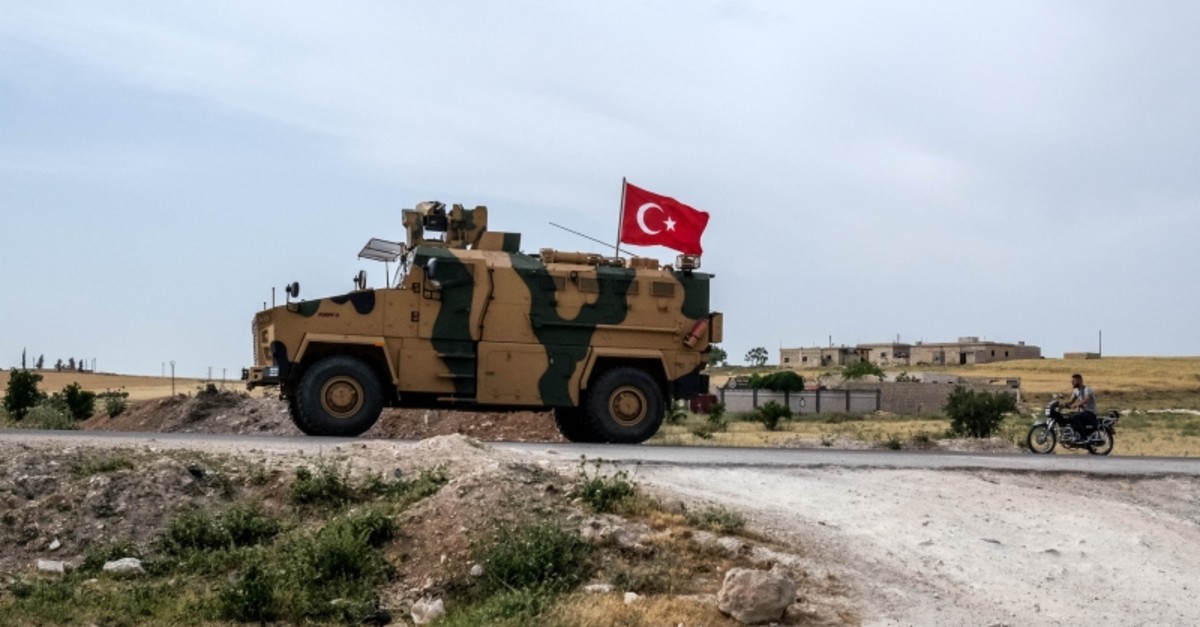 In a Twitter post, the ministry said military officials of both countries discussed the creation of a "safe zone," which is planned to be established jointly by Turkey and the U.S. in a coordinated manner.

Turkish and American military officials will continue to discuss the matter in the coming days, according to the statement.

On Tuesday, Defense Minister Hulusi Akar and U.S. special envoy to Syria James Jeffrey met in the capital Ankara and exchanged views on the issue.

Foreign Minister Mevlüt Çavuşoğlu said before their meeting Tuesday, "If the planned safe zone is not established and threats to Turkey continue, an operation will be launched east of the Euphrates River to oust the YPG from the region."

Last Friday, Akar told acting U.S. Defense Secretary Mark Esper: "The only military force that is ready, competent and appropriate for the establishment of a safe zone in northern Syria is the Turkish Armed Forces."

The People's Protection Units (YPG) has organic organizational and operational links with the PKK, a group considered a terrorist organization by the U.S., the EU and Turkey. The U.S. has provided military training and given truckloads of military support to the YPG, despite its NATO ally's security concerns.

Turkey and the U.S. agreed on a road map in June 2018 foreseeing the withdrawal of the YPG from Manbij and installing joint Turkish-American patrols, which began in November. However, the process has been sluggish as the terrorist group was still present in the city despite the three-month timetable set for implementing the deal.

Turkey has repeatedly indicated its readiness to launch an operation east of the Euphrates to eliminate the YPG. However, following the U.S. decision to withdraw from Syria in December, Ankara decided to put the operation on hold for some time.

While establishing a safe zone would eliminate some of Turkey's concerns, the presence of the YPG in Syria and its plan to form a quasi-state will continue to present a threat to the country. Until now, Turkey and the U.S. did not discuss in detail where the safe zone would be and what would happen to the YPG militants. Turkish officials had been waiting for Washington to clarify what they meant by the 20-mile-deep safe zone.

As Ankara was waiting for Washington to take more concrete steps, Turkey carried out two cross-border operations west of the Euphrates River — Operation Euphrates Shield launched in August 2016 and Operation Olive Branch in January 2018 — to drive terrorist groups, including the YPG and Daesh, from its borders.