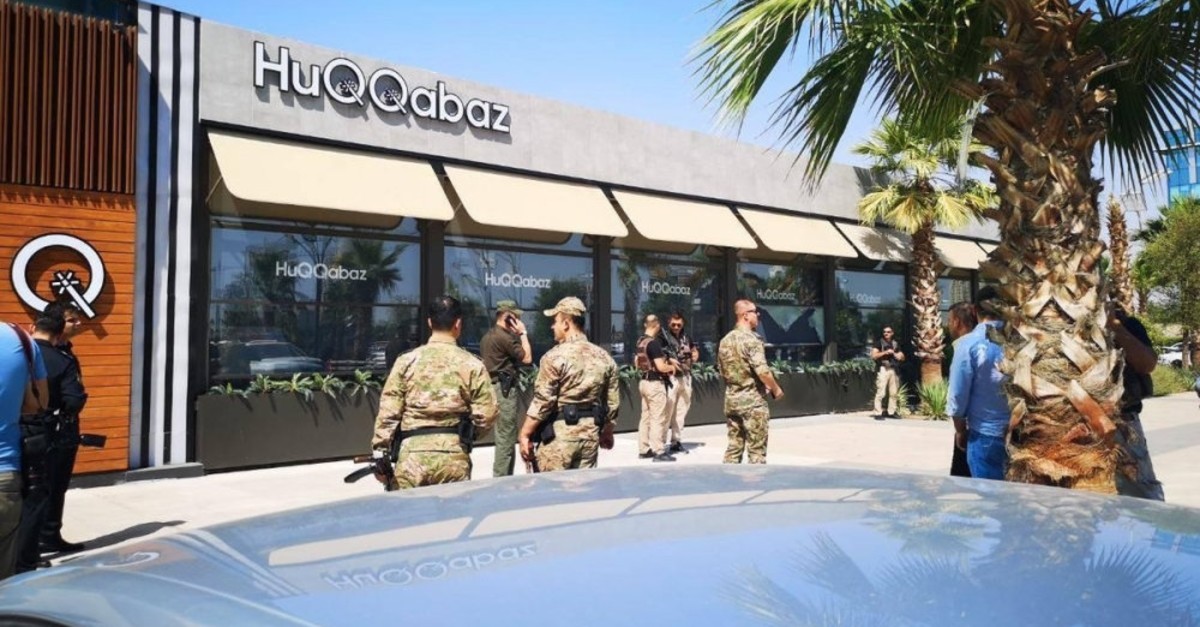 Last week, Osman Ku00f6se, a Turkish diplomat, who was serving at Turkey's Consulate General in Irbil, was killed in an armed attack at a restaurant.
by Mustafa Kırıkçıoğlu Jul 26, 2019 12:13 am

Two senior PKK terrorists who carried out an attack on a restaurant in Irbil, wherea Turkish diplomat was murdered, were killed in two separate operations

In a joint operation the Turkish Armed Forces (TSK) and National Intelligence Organization (MIT) killed the masterminds behind the assassination of a Turkish diplomat in northern Iraq's Irbil. According to reports, the two senior PKK terrorists who planned the attack were killed in two separate operations. The first one took place in Duhok on July 18, one day after the brutal assassination of a Turkish diplomat in an upscale restaurant in Irbil.

Both were allegedly senior figures of the PKK terrorist organization in Iraq. The second operation took place in northern Iraq's Batika six days after the first one on July 24. Security forces reportedly hit the vehicle carrying the terrorist mastermind and his guards.

Security sources told Daily Sabah that the operation is significant in terms of quickly retaliating just one week after those responsible for the blatant aggression. "A pinpoint operation was carried out coordinately with Turkish intelligence and military, which brought success to the elimination of the terrorists that planned the assassination of the Turkish diplomat," the sources said.

On Wednesday, Osman Köse, a Turkish diplomat, who was serving at Turkey's Consulate in Irbil, was killed in an armed attack at a restaurant. Foreign Minister Mevlüt Çavuşoğlu said three attackers were involved in the incident, while saying that two Iraqis were also attacked. One of the suspects was identified as Mazlum Dağ, who was born in 1992 in the southeastern Turkish province of Diyarbakır.

Sources stressed that since the terrorist organization's capacity has been eroded day by day, it tends to carry out asymmetric sensational acts such as the assassination to create a broader impact and prove its effectiveness. "The PKK's action can be regarded as a show of power against the killing of senior figures of the terrorist organization by the Turkish military in Qandil in recent counterterrorism operations," sources said. The TSK regularly conducts cross-border operations in northern Iraq, a region where PKK terrorists have hideouts and bases from which to carry out attacks in Turkey. Mount Qandil became the PKK's main headquarters in the 1990s after it had used the Bekaa Valley of Lebanon as training grounds for many years.

Despite top PKK figures denying the organization's involvement and praising the perpetrators, Dağ had already confessed that he is member of the PKK, according to sources.

The Turkish military continues to carry out its anti-terror operations in the region.

A group of four terrorists including Dağ were captured alive and detained in northern Iraq, a statement from the Irbil Security Directorate said Saturday. Two Iraqi citizens were also killed in the attack that took place in one of the safest areas in the seat of the Kurdistan Regional Government (KRG). Dağ was identified as one of 13 siblings of pro-PKK Peoples' Democratic Party (HDP) Diyarbakır Deputy Dersim Dağ, who has two other brothers linked to the terrorist group.

He joined the terrorist group in February 2015 after crossing the Turkish-Iraqi border from the Habur crossing in southeastern Turkey's Şırnak province, reports said.

Reports said the captured terrorists responsible for killing the diplomat in Irbil are expected to be brought to trial and face the death penalty in the KRG, according to media announcements earlier this week.