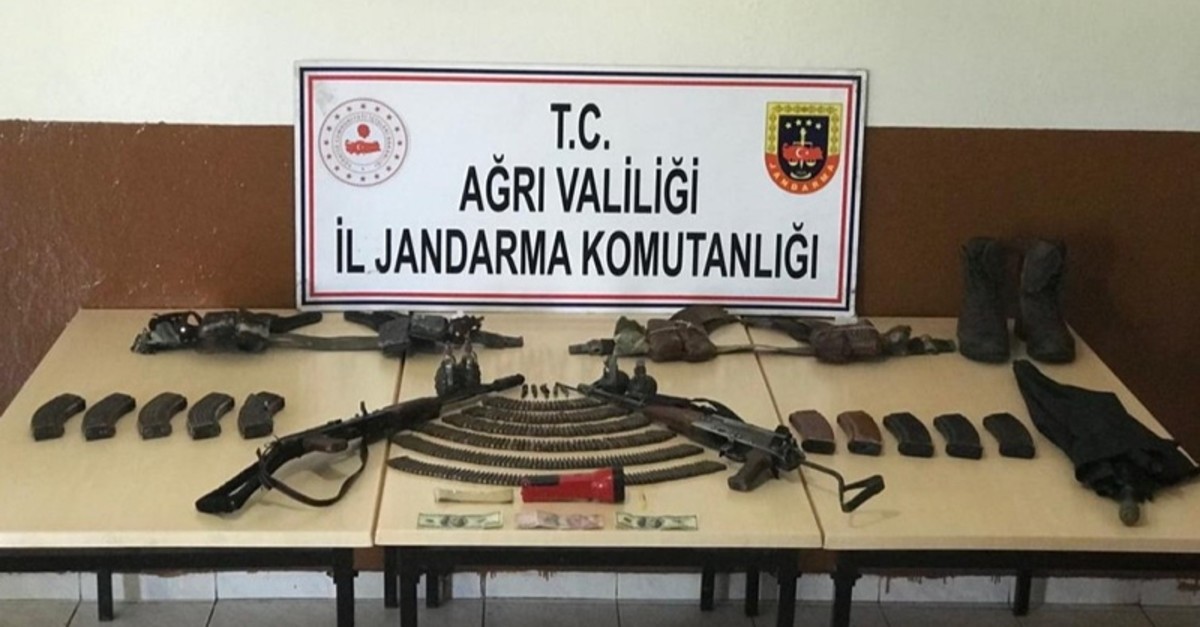 Eight PKK terrorists were neutralized in gendarmerie operations in southeastern Şırnak and eastern Ağrı provinces, the Interior Ministry said in a statement on Sunday.

Authorities often use the term "neutralized" in statements to imply the terrorists in question surrendered, were killed or captured.

The terrorists' weapons were also destroyed in the operations, the ministry said. In the operation at Mount Cudi, gendarmerie forces seized one long-barreled gun, one improvised explosive device, two attack vests, one radio, numerous ammunition stores and organizational documents.

In the operation at Mount Tendürek, one of the terrorists neutralized – Uğur Arslan, codenamed Agir – was in the orange category of the Interior Ministry's wanted list. He was sought with a bounty of 600,000 Turkish liras (roughly $106,000) on his head.

Counterterror operations in the region are ongoing, the ministry said.

The Turkish Armed Forces (TSK) also carry out cross-border operations in northern Iraq, a region where PKK terrorists have hideouts and bases from which to carry out attacks in Turkey.

In its more than 30-year terror campaign against Turkey, the PKK – listed as a terrorist organization by Turkey, the U.S. and the EU – has been responsible for the deaths of nearly 40,000 people, including many women, children, and infants.