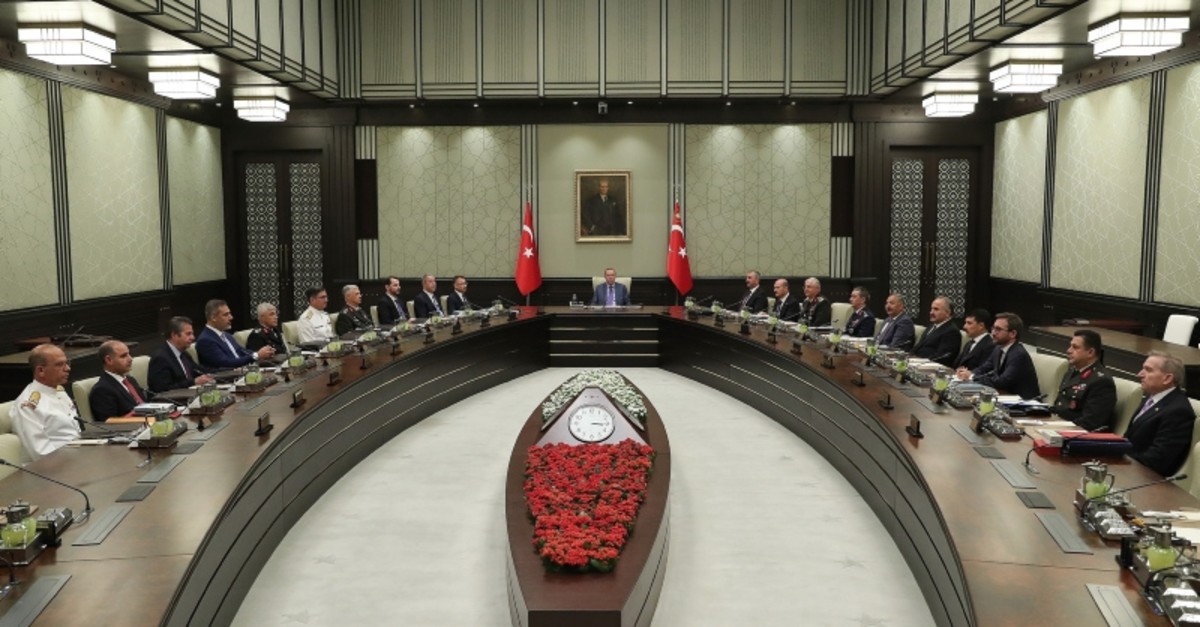 Turkey will continue to fight local and foreign terrorist groups with determination and will take all the necessary precautions to ensure the security of its border, read a statement released following a top security council meeting on Tuesday.

Led by President Recep Tayyip Erdoğan at the Presidential Complex in Ankara, the six-hour-long National Security Council (MGK) meeting addressed a number of issues, including the operations against the PKK terrorist group and its Syrian offshoot the People's Protection Units (YPG), its relations with NATO and the current situation in the Eastern Mediterranean.

Counterterror operations, Claw 1 and Claw 2, in northern Iraq will continue until the terrorists are wiped out, the statement released following the meeting said, adding that Turkey will closely watch developments regarding the attack on Turkish diplomat Osman Köse in Irbil.

The meeting reiterated Turkey's disapproval for the support given by some Western countries to the YPG, which is known to use child soldiers in its terrorist activities.

On a different note, the MGK concluded that Interpol's delisting of some senior YPG figures and Gülenist Terror Group (FETÖ) members from the list of wanted terrorists sought with a red notice causes grave damage to the founding principles of Interpol.

The statement also reiterated Turkey's determination to continue striving to establish a "peace corridor" by clearing terrorists out from the Syrian border area amid increasing threats against the country.

Regarding relations with NATO, the statement noted that Turkey fulfills its part of the alliance and expects its allies to do the same regarding strategic partnerships, defense and security cooperation.

"Turkey abides by its commitments and obligations under international law, and expects the same sensitivity from its allies," the statement read.

The MGK also reiterated Turkey's stance regarding Cyprus, saying that the country maintains a principled stance toward the protection of its and Turkish Cypriots' rights and interests in the Eastern Mediterranean under international law.