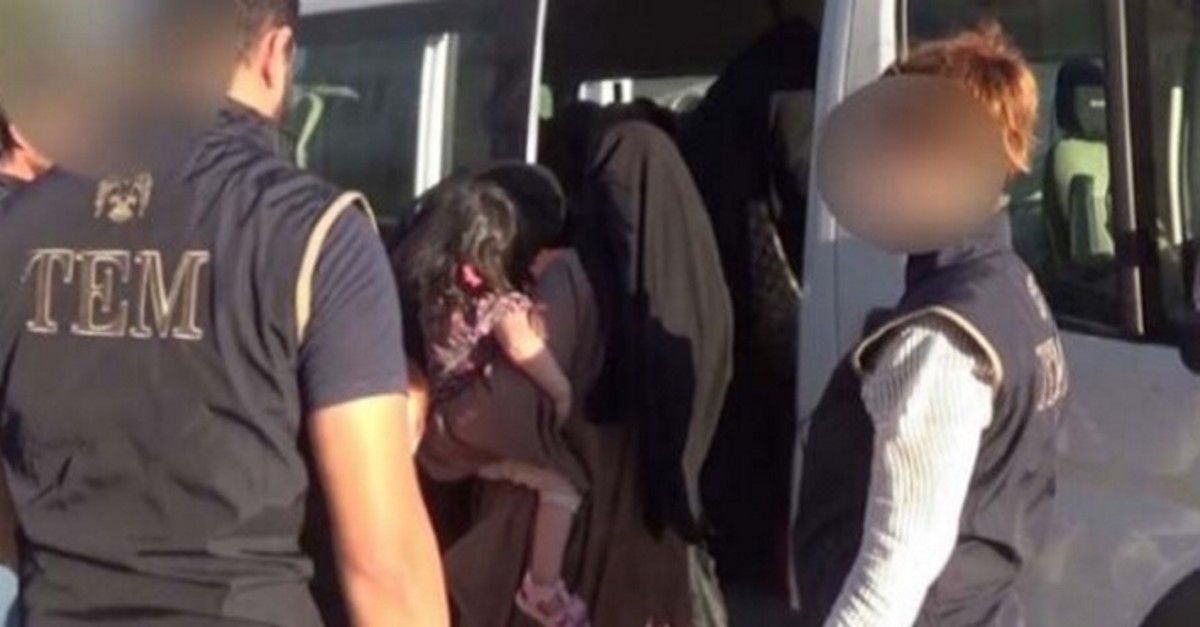 The terrorists identified as Jennifer Clain, Christine Allain and Mayalen Duhart were detained with their nine children in Kilis province near the Syrian border, reports said.

Clain's husband Kevin Gonot, who was also a Daesh terrorist, was reportedly executed in Iraq, while Allain and Duhart's husbands reportedly died in airstrikes in Syria.

Clain's uncle Jean Michael Clain was also a member of the terrorist group, and he was responsible for a media-propaganda unit in France. He reportedly dubbed the multimedia message played during the terrorist attack on Bataclan Concert Hall in Paris on Nov. 13, 2015.

The three female terrorists and their nine children are expected to be extradited to France after legal procedures.

Turkish officials have bitterly criticized their European counterparts for the lack of cooperation in the fight against Daesh.

In late 2014, Turkey started targeting the terrorist group in air and artillery strikes, while on Aug. 24, it launched Operation Euphrates Shield with Free Syrian Army (FSA) to increase security in border areas and clear Daesh and YPG from Aleppo countryside.

Turkey also accuses Europe of showing a hypocritical stance against terrorism as its requests on extradition for convicts or suspects linked to the PKK or DHKP-C terrorist groups are constantly being ignored, while their sympathizers freely conduct fundraising, recruiting and propaganda activities.