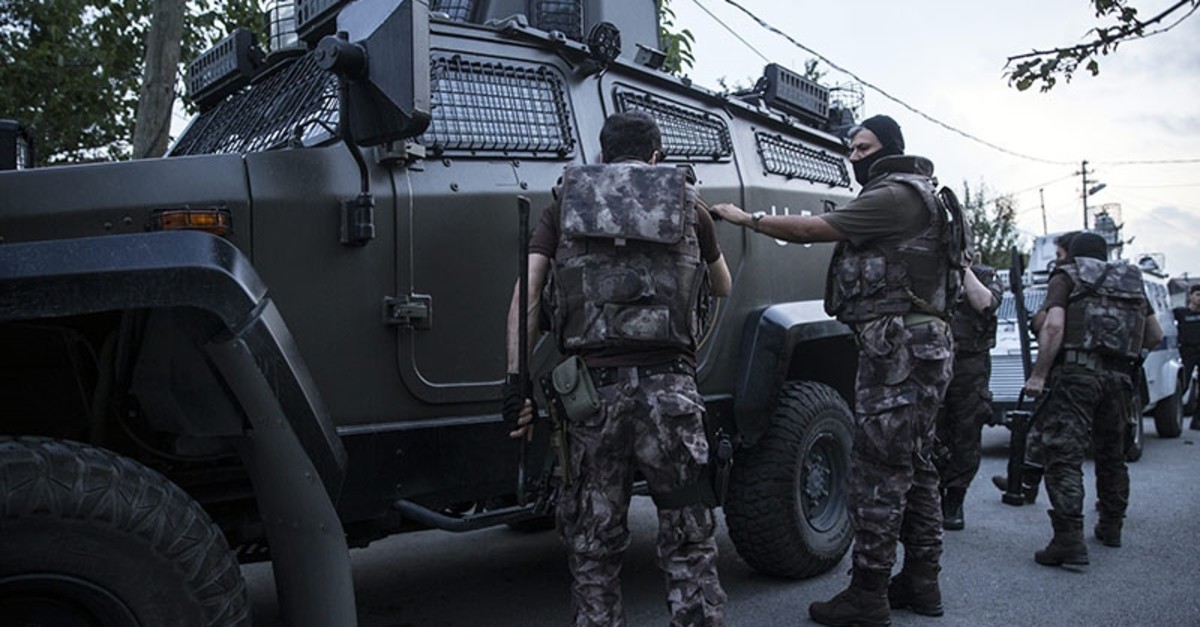 A high ranking PKK terrorist sought by Turkey was neutralized along with two other terrorists in operations in eastern Turkey's Erzincan province, Interior Ministry said in a statement Thursday.

The terrorists were killed in operations in the rural areas of the Kemah district between Aug. 12 and 13.

The statement also said that the terrorist was responsible for killing a civilian and burning down two vehicles in a terror attack in Uluçınar village on Aug. 27, 2015.

In an operation on Mount Tendürek on July 28, Turkish security forces killed Uğur Arslan, codenamed "Agir," who was also in the orange category of the Interior Ministry's list. He had a bounty of TL 600,000 on his head.

Another terrorist on the Most Wanted list, Meryem Aksu, codenamed "Sorhin Eruh," was killed in a July 16 operation, carried out on by the provincial gendarmerie forces in the rural areas of Kulp district.

The orange-listed Aksu also had a TL 600,000 bounty on her head. In addition, two terrorists in the blue category Taylan Kutlar, codenamed "Şeydo," and Hülya Kül, code named "Şevin," with a bounty of TL 1.5 million each on their heads, were also killed.

At the beginning of the month, the Interior Ministry said it has carried out 646 counterterrorism operations in rural areas, three of which were large-scale ops and 35 were medium scale, in July. Some 1,409 operations, on the other hand, were carried out in the cities last month.

Turkish security forces regularly conduct counterterrorism operations in the eastern and southeastern provinces of Turkey where the PKK has attempted to establish a strong presence and bases. The Turkish Armed Forces (TSK) also carries out cross-border operations in northern Iraq, a region where PKK terrorists have hideouts and bases from which to carry out attacks in Turkey, with particular attention is paid to targeting high-level terrorists.