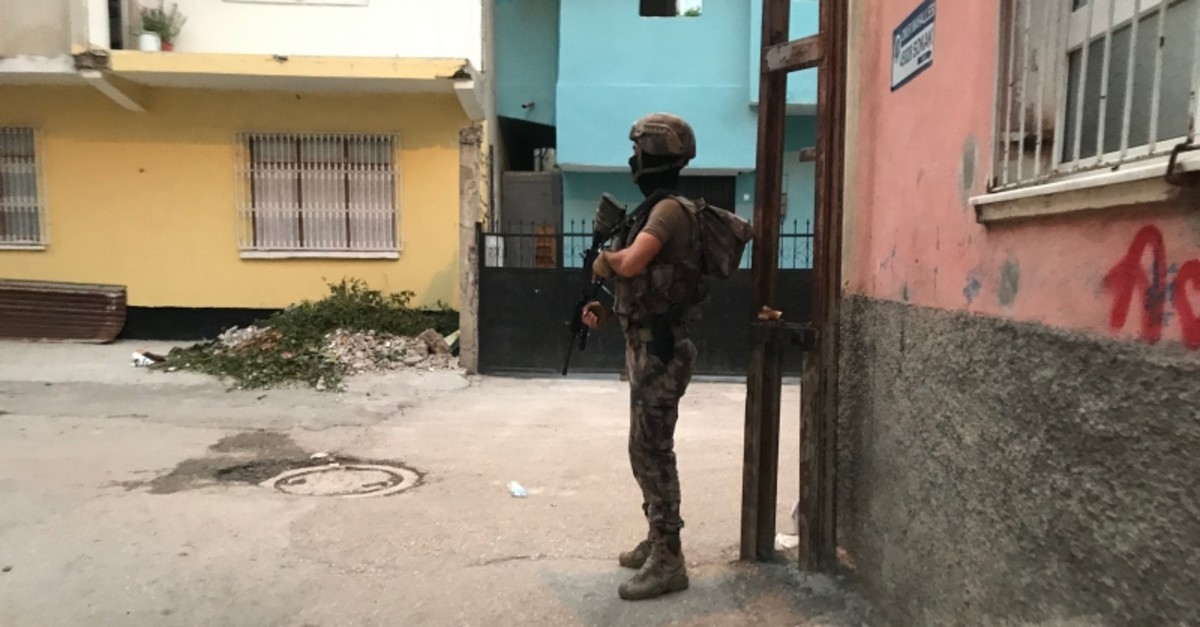 | AA Photo
by Daily Sabah with AA Aug 19, 2019 10:22 am
Over 400 terror suspects were arrested in 29 provinces across Turkey in operations against PKK terror group, the Interior Ministry said on Monday.

A total of 418 suspects were arrested across Turkey including in southeastern Diyarbakır, Mardin and eastern Van provinces, Turkey's Interior Ministry said in a statement.

Also on Monday, the mayors of Diyarbakır, Van and Mardin provinces were replaced by the Interior Ministry over terrorism charges.

According to an official statement by the ministry, the mayors of Diyarbakır, Mardin and Van provinces — Adnan Selçu Mızraklı, Ahmet Türk and Bedia Özgökçe Ertan, respectively — have been suspended.

It added that the mayors already had ongoing cases against them in which they were accused of crimes such as establishing or spreading propaganda for a terror group or else just being a member.

All three mayors are from the opposition Peoples' Democratic Party (HDP), a party Turkey's government has accused of having links to the PKK terror group.

The state-appointed governors of the provinces will temporarily replace dismissed mayors.