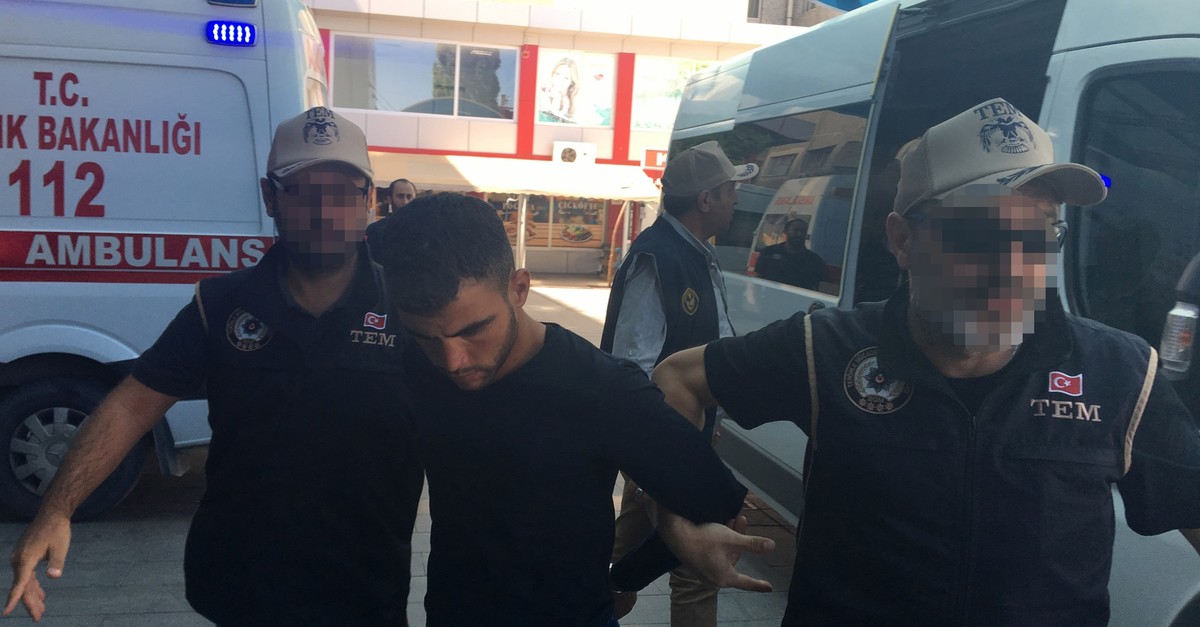 Under interrogation, the captured terrorist code named u201cMahmud Ahmetu201d confessed that he was going to place a bomb in a toilet which the terrorist organization had shown him and blow it up later with a signal from his cell phone.
by Daily Sabah Aug 19, 2019 12:33 am

Security forces revealed a scheme by YPG terrorists who tried to hide a bomb in a teddy bear, preventing a possible attack that could have harmed countless civilians

Turkish security forces revealed a terrorist scheme, which planned to use a teddy bear for a bomb plot, by the PKK-affiliated and U.S.-backed People's Protection Units (YPG) amid plans to establish a safe zone in areas controlled by the terrorist organization in northern Syria. On Aug. 7, police forces detected 500 grams of explosives hidden in a teddy bear in a vehicle carrying Syrians in central Konya's Ereğli district. During the investigation, it was found that the explosives were sent by the YPG, the Syrian affiliate of the PKK terrorist organization, to carry out an attack. 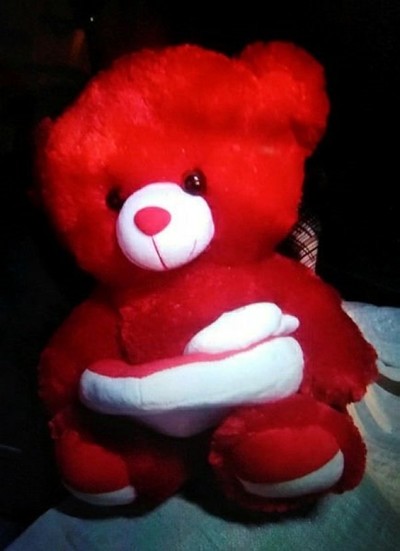 The teddy bear in which 500 grams of explosives were hidden was detected by police forces in a vehicle carrying Syrians in central Konya's Ereğli district on Aug. 7, 2019.

Suspicious security squads from the Konya police department stopped the light commercial vehicle of Syrian Wisam Inad during routine controls at a way station on the road to Konya around 1 a.m. Security officials checked out the vehicle in which eight Syrians, including one child and two women were present, and found the explosives in a bag in the boot of the vehicle that was travelling from southern Adana province to Konya. After bomb technicians examined the explosives it was determined that it was strengthened with ball bearings and could be controlled from a distance by a remote control.

One terrorist carried an identity card with temporary protected status under the name of Mahmud Ahmet; however, it was revealed in custody that his real name was Halaf Casım Hasan, a YPG terrorist. During interrogation, he confessed that he was to place the bomb in a toilet that the terrorist organization had shown him and blow it up later via mobile phone.

Besides the driver, Abdurrazak El Mutıh, Selman El Mutıh, Esma El İnad, Zekiye El Nevay, Abdulrezzak El Hamdu and Mahmud Ahmet were in the car and also arrested, and they admitted that they carried the 2-year-old Abdulrezzak El Hamdu to look like a normal family while crossing control points. All of them were taken to the Anti-Terror Department of Konya and interrogated.

After the interrogation, Hasan was found to have joined the terrorist organization two months ago and trained by YPG terrorists at the training camp in Ayn al-Arab in northern Syria's Aleppo province, also known as Kobani, and learned how to use bombs and various weapons. The organization had sent him for the operation thinking that disguised as a family, he would not be searched. He said that the terrorist organization showed him the target on photos on a computer. "The YPG took Syrian Arabs living in the region to recruit them under 'compulsory military duty.' They said that if I carried out this operation, I would be exempted from military service and convinced me with this," he said.

Hasan added that the terrorists gave him the bomb in the teddy bear with a remote-control function and he was trained in the camp for 15 days on bombs. "I was to connect the cables and leave it in the toilet when I arrived at the target destination and then return to Syria. The money that was found on me was also given to me by the YPG," he said. The incident came amid plans for a safe zone between Ankara and Washington. On Aug. 7, Turkish and U.S. military officials agreed to set up a safe zone and develop a peace corridor running from the Euphrates River to the Iraqi border to facilitate the return of displaced Syrians currently living in Turkey to their home country and provide security for Turkish border settlements and military outposts. Ankara has long been pushing for such action to protect its borders from YPG terrorists. The two countries also agreed to establish a joint operations center. The agreement envisages the setting up of measures necessary to address Turkey's security concerns.

Despite Turkey's concerns, the U.S. has primarily partnered with the YPG in the anti-Daesh fight in northern Syria. The YPG is the Syrian offshoot of the PKK terror group, which is recognized as a terrorist organization by Turkey, the EU and the U.S. and has been responsible for the deaths of nearly 40,000 people in Turkey, including many children, women and infants, for more than 30 years.

The PKK's other offshoots also carried out many attacks on civilians in recent years. For instance, in December 2016, Istanbul was rocked by twin blasts, which killed 44 people and injured more than 150. The Kurdistan Freedom Hawks (TAK), which is affiliated with the PKK terrorist organization, claimed responsibility for the attack. Also, 29 people were killed when a suicide bomber blew up his bomb-laden car next to shuttle buses carrying soldiers and civilians on Ankara's Merasim Street in February 2016 during the evening rush hour, an attack also claimed by TAK. However, after the Ankara attack, security officials said that evidence suggested that it was carried out by YPG militants.

In order to clear such threats from its borders, Turkey previously conducted two offensives into Syria, against Daesh and the YPG, in 2016 and 2018. Operations Euphrates Shield and Olive Branch liberated the region from YPG, PKK and Daesh terrorists, allowing hundreds of thousands of displaced civilians to return to their homes.