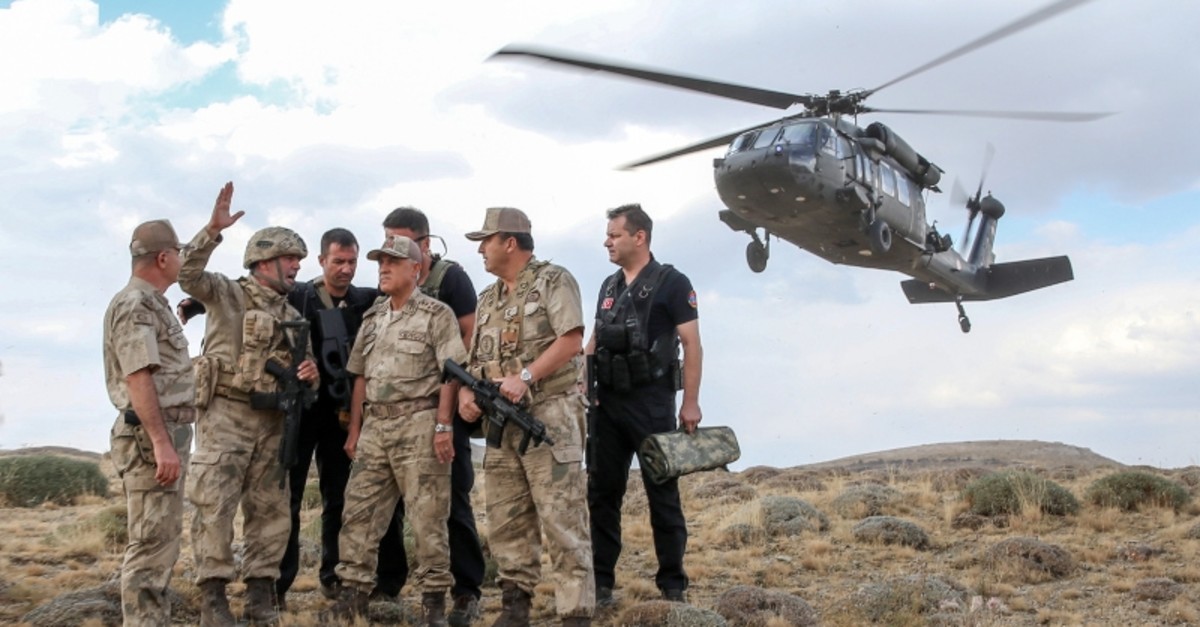 "We've been combating PKK terror for 40 years. We have neutralized 635 PKK terrorists in 80,570 operations since the start of this year," Soylu told reporters in the capital Ankara.

"There is a network giving money, strategy and psychological support [to the PKK]. For this reason, as we all know action was taken Monday," Soylu said, referring to the suspension of three mayors in eastern Turkey over alleged terrorist ties.

The mayors of the cities of Diyarbakır, Mardin and Van have active cases against them and face charges such as spreading propaganda for a terrorist organization or terror group membership, according to the Interior Ministry.

"Both moral support and food supplies have been going from those municipalities to terrorists," said Soylu.

In its more than 30-year terror campaign against Turkey, the PKK — listed as a terrorist organization by Turkey, the U.S. and the EU — has been responsible for the deaths of some 40,000 people, including women, children, and infants.