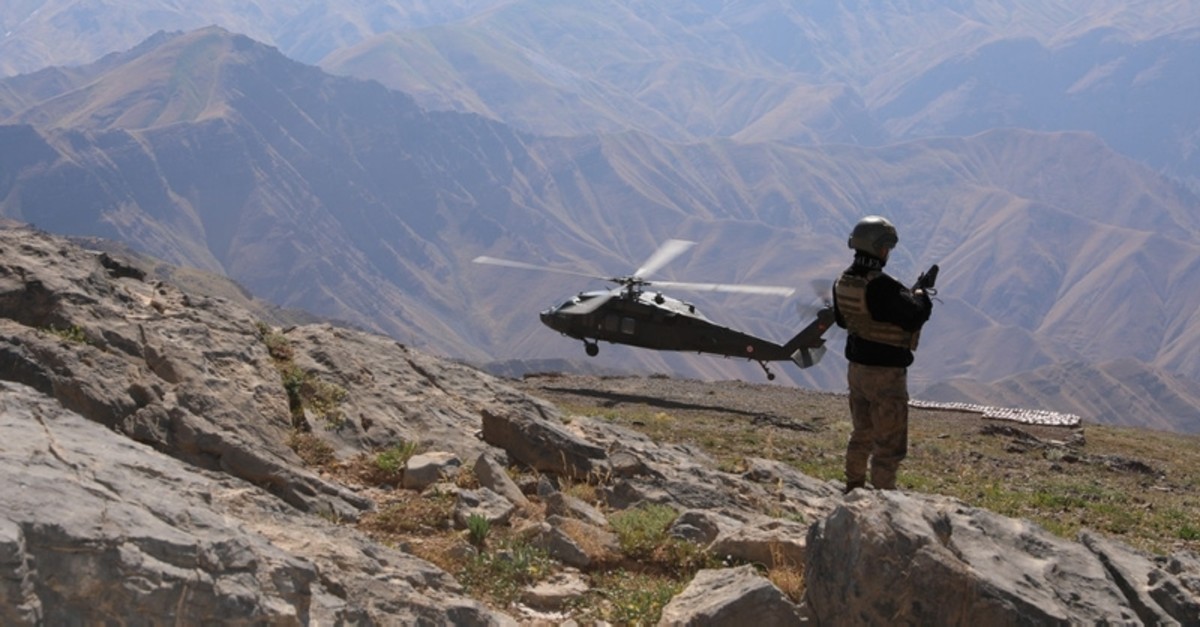 The operation aims to kill PKK terrorists and destroy encampments and shelters in dozens of districts, villages and valleys in the three provinces.

Çetin said the operation, which was launched on August 27, is continuing successfully in the triangle area between Batman, Şırnak and Mardin provinces. The operation includes 117 security force teams and 1,750 personnel.

"Under the orders and directives of our president, and the instructions of the Interior Ministry, we have been working and continuing our operations uninterrupted for 12 months until all terrorists were neutralized. Currently, the number of terrorists within our borders is under 600. Terrorists are no longer able to take action. We will continue our operations until the last (terrorist element) is cleared," he said.

Operation Kıran-1 was launched last week by the Ministry of Interior against the PKK terrorist organization in Şırnak, Hakkari and Van provinces.

Turkish security forces regularly conduct counterterrorism operations in eastern and southeastern provinces of Turkey where the PKK has attempted to establish a strong presence and bases. The Turkish Armed Forces (TSK) also carry out cross-border operations in northern Iraq, a region where PKK terrorists have hideouts and bases from which to carry out attacks on Turkey. The operations were intensified after July 2018 and became routine since the beginning of another extensive campaign, Operation Claw, which was launched May 27 to entirely eliminate the presence of the terrorist organization in northern Iraq. On July 13, TSK launched Operation Claw-2 as a follow up to the successful Claw-1.

Operation Claw-3, which is the follow up of the previous two, was initiated on August 23 in the Sinat-Haftanin region in northern Iraq. The operation was launched to facilitate border security, eliminate the presence of terrorists, and destroy terrorist caves and shelters in the region.