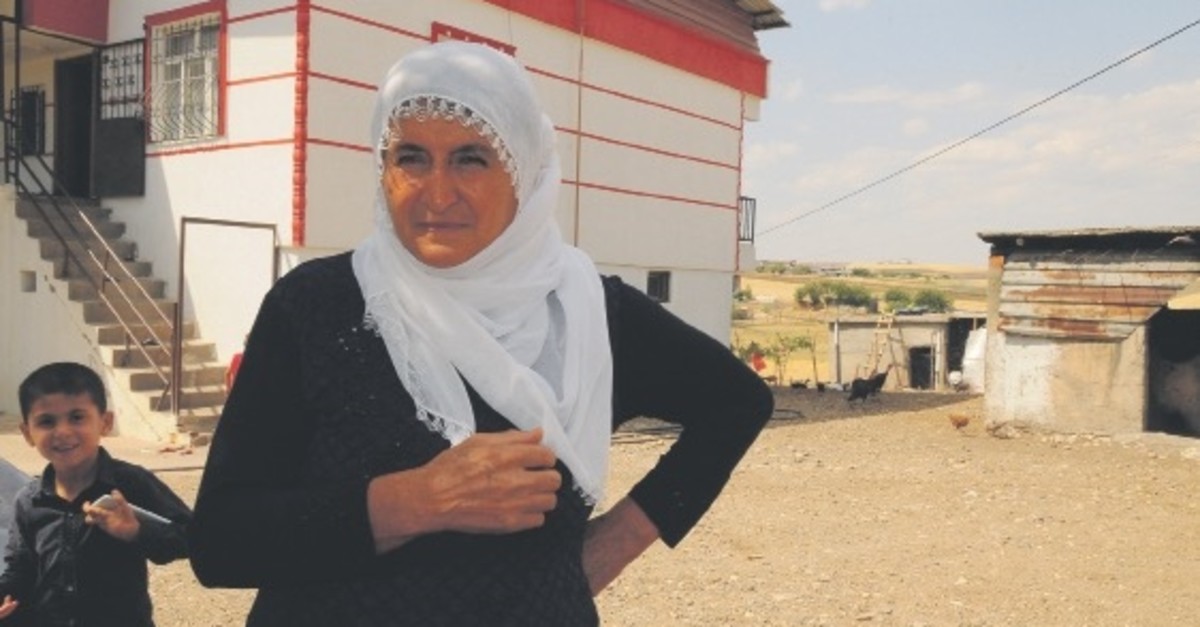 Hacire Akar's cries for help were finally answered when the 49-year-old mother, who launched a protest in southeastern Diyarbakır province to find her 21-year-old son abducted by the PKK terrorist organization, was reunited with her son. Akar showed the strength of a mother by standing up against a terrorist organization and revealing its brutalities. "I commend my son Mehmet first to Allah, then to the [Turkish] state," said Akar to Sabah daily in an exclusive interview, expressing her gratitude for being reunited with her son at last. Akar launched a sit-in protest last week in front of the pro-PKK Peoples' Democratic Party (HDP) provincial office in Diyarbakır. She demanded her son back and spent a whole night outside. She said she would continue her protests despite obvious fatigue. Akar said her son was forcibly taken to the mountains.

"My son entered the HDP provincial building and did not come out," she claimed. The HDP is known for its support and close links to the PKK terrorist organization. Akar's son was abducted ahead of his wedding.

B.K., a member of the HDP's youth branch and R.K., a counselor of the Diyarbakır Municipality, have been detained in connection with the incident. After being reunited with her son, Akar received a call from President Recep Tayyip Erdoğan.

"You have resisted and rescued your son from the hands of these traitors. Because of this, I congratulate you on behalf of myself and the people. We need these kinds of mothers," Erdoğan said to Akar. Earlier Thursday, Akar went to the police station and filed a missing person's report and a criminal complaint against the HDP. She then headed to the party building. In a state of grief and anger, she smashed one of the building's windows and started a sit-in protest, stating that she would not leave until her son was found.

"It is quite valuable for me that he called me and told me that he is siding with me and my family. I'm very happy to be with my son. Erdoğan called me, congratulated me for my struggle. I've prayed for President Erdoğan a lot. I'm still praying," Akar said.

"May God help him," she said, referring to Erdoğan once again. "Now I'm at home. My children and grandchildren are right beside me," she added. Calling on all the mothers in the country, Akar underlined that if every one of them would act in a similar way, no one would dare separate a mother from her child. "A son of mine has already been taken away from me. I couldn't risk losing one more," she said. Akar's other son, Fırat Akar, was also abducted by PKK terrorists in 1994 and found dead in the mountains in 2017.

"I was not even able to see the body of my son," Akar said previously on the issue. "Once one enters this building, no one can escape. The HDP is taking our children to the mountains with the help of drugs, pills and medication. It is a place of carnage, for savages and oppressors," she said while complaining of a lack of support from rights activists.

In 2011, families whose children were kidnapped by the PKK terrorist organization gathered for a sit-in protest in Diyarbakır to show their discontent toward HDP officials. Nongovernmental organization (NGO) representatives were also present at the protest and pointed out that abducting a child for war and conflict falls in the U.N.'s category of crimes against humanity. Blaming the HDP for being indifferent to the fact that children are being handed guns and trained for war, the protesters voiced their anger and asked for the government's help.