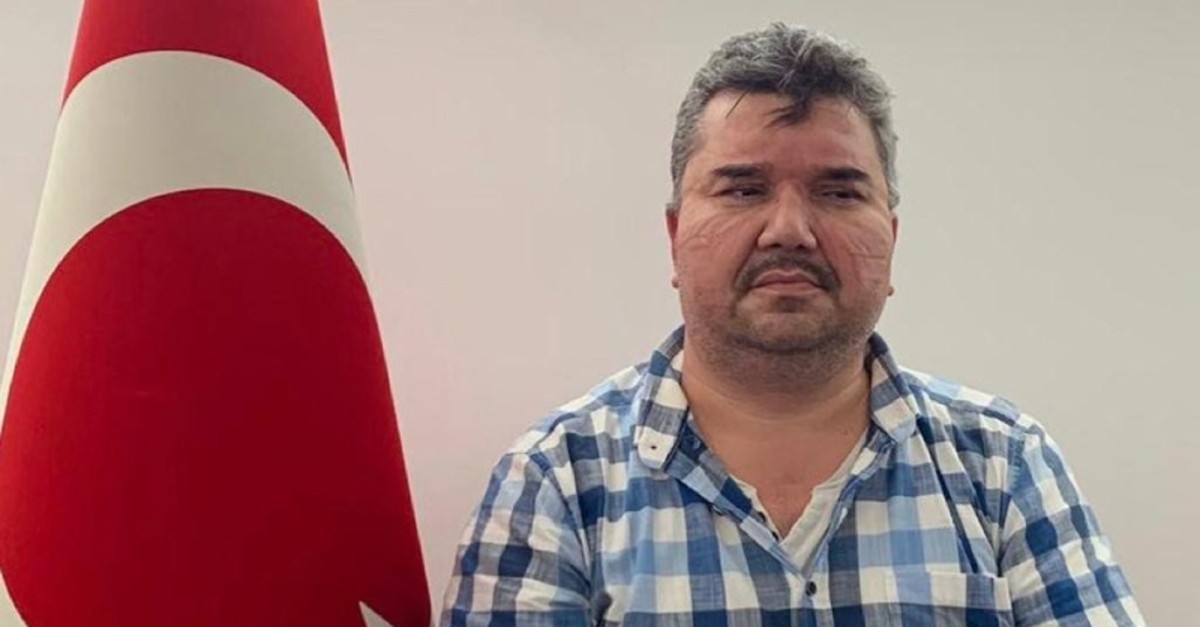 Amid continued efforts against FETÖ and its network, the MIT caught Arif Komiş, who had allegedly held senior positions in the terror group in different countries in the past.

As FETÖ's Malaysia head, Komiş was being sought with search and arrest warrants on charges of "being a member of an armed terrorist organization."

Gülenists operate a vast network of schools and charities as well as finance illegal activities with funds supposedly collected for charitable purposes. Though wealthy members of the movement personally finance FETÖ, some businessmen are believed to have been forced to pay "donations" after they were blackmailed by the group.

The 43-year-old man was a teacher at a school associated with FETÖ in Malaysia and is accused of running the group's network in that country.

Malaysian media reports said Komiş was arrested by police on Aug. 28 and was handed over to the Turkish authorities.

Two years ago, Malaysia deported three men linked to the terrorist group. Turgay Karaman, İhsan Aslan and İsmet Özçelik were sent to Turkey after they were arrested.

Karaman was a witness in the trial of İsmet Özçelik, who was detained in 2016 in Malaysia. Aslan is a businessman, while Karaman is the administrator of a school linked to FETÖ. Earlier in 2017, Tamer Tıbık and Alattin Duman, two senior FETÖ militants, were arrested on terrorism charges in Malaysia.

The terrorist group made its first foray into Malaysia about two decades ago. It opened a school attended by the children of the Malaysian elite.

FETÖ runs a global network of schools and companies spanning from the U.S. to Asia.

High-ranking members of the terrorist group, including its leader Fetullah Gülen, are already abroad while those in the lower ranks fled the country after it failed in the brutal putsch bid.

The Interpol liaison office of the Turkish police is spearheading the efforts to bring back FETÖ members from abroad. The cross-border fight against FETÖ involves efforts by the Foreign and Justice Ministry, the police and intelligence services. The ministries are pursuing intense diplomatic efforts and presenting evidence of the terrorist group's involvement in the coup attempt.

Ankara vowed to bring all FETÖ suspects to justice in the the aftermath of the coup attempt that laid bare just how desperate the terrorist the group was to seize power in the face of a crackdown against it. FETÖ suspects have since been captured and brought back home from Ukraine, Kosovo, Azerbaijan, Gabon, Pakistan and Afghanistan.

Through a focused inquiry in cooperation with intelligence services, the Foreign Ministry found 4,600 suspected members of the group in 110 countries and so far, more than 80 FETÖ-linked suspects from 18 countries have been brought back in a global manhunt.

Turkey complains of lack of support from its allies, particularly the U.S., in the fight against FETÖ. Many countries avoid describing FETÖ as a terrorist group, while the U.S. has yet to respond to Turkey's repeated requests to extradite Fetullah Gülen.

Gülen, the leader of FETÖ, resides in Pennsylvania in a luxurious retreat, while other prominent FETÖ fugitives including former footballer Hakan Şükür and journalist Ekrem Dumanlı are known to live in the U.S. as well after they fled Turkey in the face of arrest warrants.

The country also struggles to purge infiltrators of FETÖ everywhere, from law enforcement to the military. It was the military infiltrators who staged the 2016 coup bid, one month before a planned high-level meeting that would see a mass dismissal of suspected FETÖ infiltrators in the army.

Speaking at a military ceremony in the capital Ankara Friday, National Defense Minister Hulusi Akar said 17,498 people have been dismissed from the army since the coup attempt for their links to the terrorist group. Akar himself was a victim of the coup attempt. He was Chief of General Staff when the coup plotters abducted him and kept him in an informal prison for hours before the putsch attempt was thwarted.

Akar said the coup attempt harmed both Turkey and its army. "As long as we keep Turkish Armed Forces clean of those traitors, the army will be stronger. One clear indication that [most infiltrators] were purged is the increasing number and scope of military operations," Akar said, pointing out to earlier statements by officials who said FETÖ-linked officers hindered comprehensive counterterrorism operations in the past.

"Our goal is to wipe out those terrorists among us and prevent even a single traitor to wear the honorable uniform of the Turkish Armed Forces," the minister said.

Tens of thousands of people were detained or arrested following the coup attempt, and a barrage of trials was launched against FETÖ, both for its role in the attempt and other crimes.

Some 289 lawsuits were filed against the putschists following the coup attempt, with 266 concluded so far. Other trials are expected to conclude by the end of 2019. More than 2,260 defendants were sentenced to life imprisonment in concluded coup attempt trials.

Among those sentenced to life are the putschists' ringleader Akın Öztürk, a former Air Force commander, as well as senior military officers behind the abduction of Hulusi Akar and other top military brass opposing the putsch bid.