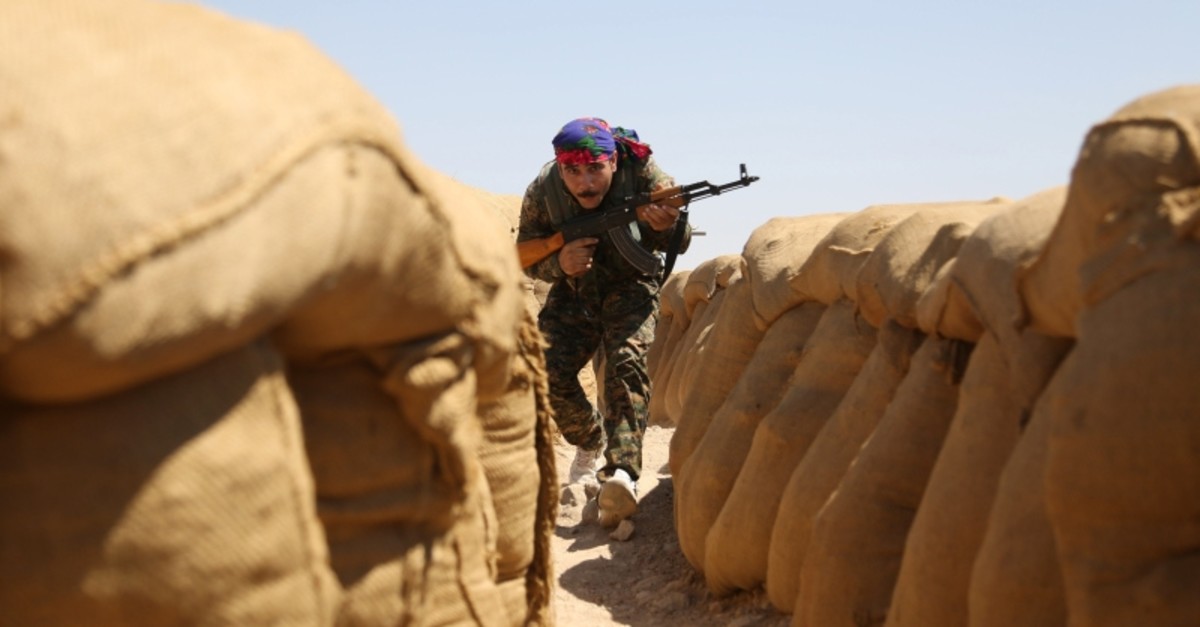 A fighter from the terrorist PKK-linked People's Protection Unit (YPG) walks between sandbags on the front line in the northeastern Syrian city of Hasakeh on September 4, 2015 (Reuters File Photo)
by daily sabah
Sep 03, 2019 10:20 am

French intelligence officials have started to carefully monitor some PKK-linked People's Protection Units (YPG) terrorists in the country over concerns about their potential to carry out attacks in the country, a report said Monday.

According to a report by online investigative journal Mediapart, some French nationals who fought for the YPG in Syria have returned to the country and have the potential to carry out attacks in France.

For instance, the intelligence units in the country suspect that the attacker who opened fire on a gendarmerie helicopter in Notre Dame des Landes may have been far-left militant who fought for the terrorist YPG.

Intelligence units also fear that the former YPG fighters may target important monuments in the country and have put around 100 militants under surveillance.

The report also noted that French intelligence officials are cooperating with Turkey's National Intelligence Organization (MIT) to identify the terrorists.

The YPG, the PKK's Syrian branch, has managed to occupy one-third of Syria under the guise of fighting against Daesh with U.S. support.

The YPG terrorist group has occupied Tel Rifaat for three years. The YPG occupied Tel Rifaat in 2016 in hopes of linking Afrin, a city in northwestern Syria, to areas under its control east of the Euphrates River, thus establishing a zone of influence along Syria's border with Turkey.

The U.S. has been providing support to the YPG under the pretext of fighting against Daesh terror group, despite outcry from Ankara, who views the YPG's presence on its southern border as a grave threat.