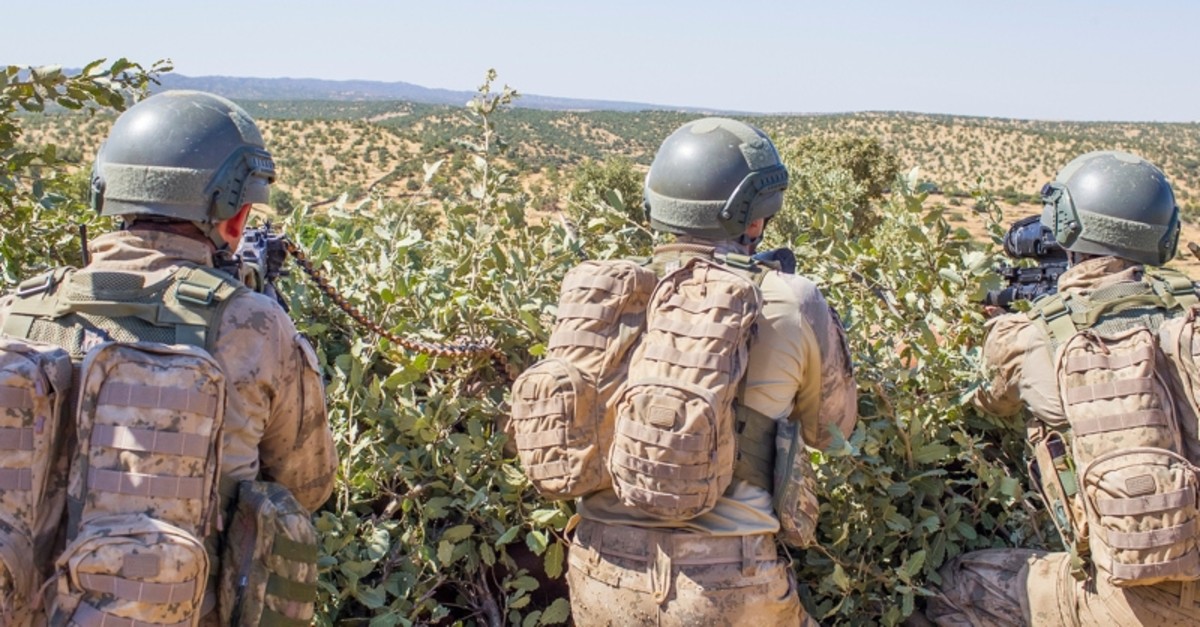 There are many PKK members who are ready to escape the terrorist organization but are constantly exposed to groundless propaganda making them afraid of being killed when they surrender to Turkish security forces, two former PKK terrorists who surrendered in southeastern Turkey's Şırnak province have said in a confession.

The two terrorists identified as women surrendered to security forces in Namaz Dağı area of Şırnak on Aug.29 after being convinced by the Van provincial gendarmerie units, governor's office said in a statement, adding that the works on convincing the terrorist to surrender will continue with the public support.

The surrendered terrorists have confessed that the organization has been making propaganda with impossible promises in order to involve the youth in its ranks, and applied methods of psychological influence, but that all young people who participated in the organization were disappointed after they saw the real face of the terrorist group with all its immorality and that there were many members who were ready to escape the PKK.

"Terrorists said that a large number of terrorists wanted to surrender, but they have been exposed to a groundless propaganda which says that if they surrender, they would get tortured and killed by the security forces," the statement said, adding that the terrorists have said that the members of the organization were exhausted and lost their motivation as everyone is aware of the truth about the terror group.

The terrorists added in the confession that those who speak out loud about the terror group's realities are accused of being a spy, noting that those who want to escape the terror camps should not hesitate about their decision as the security forces have been with them and so kind to them unlike what they were told in the PKK camps.

Formed in 1978, the PKK terrorist group has been fighting the Turkish state for an independent state, although it shifted its goal toward autonomy in recent years. Its terror campaign has caused the deaths of more than 40,000 people. The PKK is listed as a terrorist organization by Turkey, the EU and the U.S.