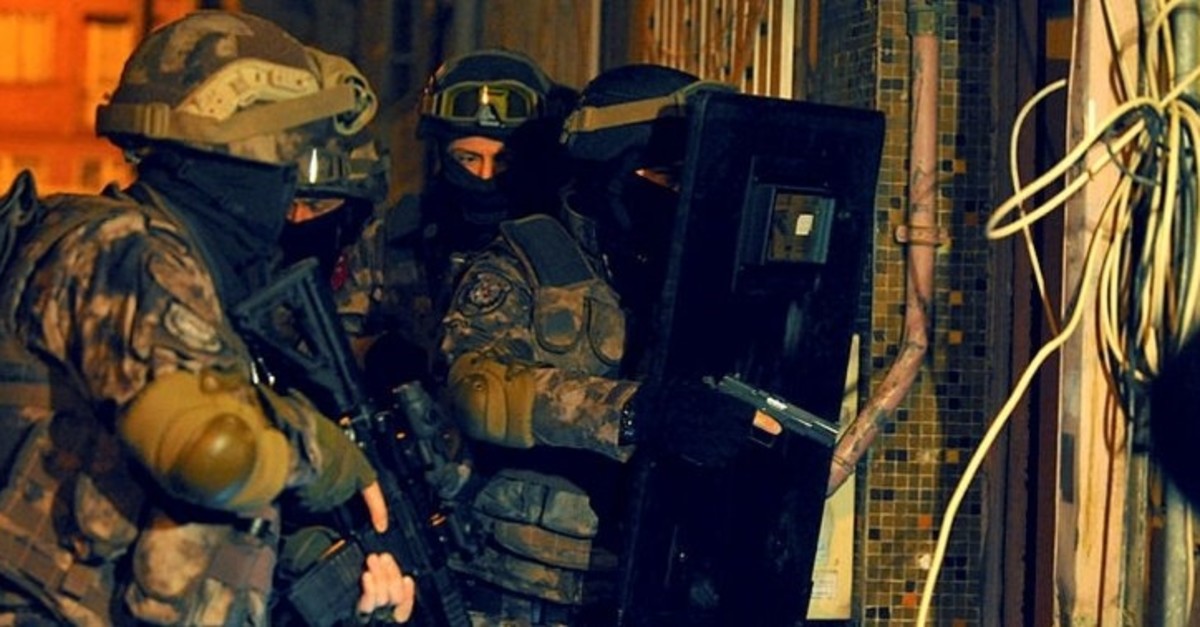 A high-ranking terrorist who served as Daesh's 'kadi' (Muslim judge) in eastern Syria's Raqqa and played a role in the execution of a large number of people has been arrested in Istanbul.

The Istanbul Police Department said in a statement Saturday that the suspect, identified only by his initials M.E.B., had operated under various code names and had the ID of another Syrian national on him when he was captured.

The suspect, who entered Turkey illegally, was detained and taken into custody in an operation on Sept. 3. He was also in possession of many documents tied to the Daesh terrorist organization, the statement said.

M.E.B. was brought into court on Sept. 6 and was jailed after the judge's ruling.

It was learned that M.E.B. gave orders for the execution of many members inside the terror group as well as of people of Arab and Dagestan origin. The Raqqa operative is also suspected of having carried out some of the executions himself and may have also been carrying out intelligence activities on behalf of Daesh.

Turkish security forces have been involved in a long-running campaign to thwart the Daesh threat. More than 2,000 people have been arrested and more than 7,000 others deported in operations against Daesh in Turkey, while around 70,000 people have been denied entry to Turkey over their suspected links to the terrorist group. Security forces have also foiled at least 10 attack plots. Figures show that some 18,500 suspects are currently being monitored for links to the terrorist organization after being identified at airports upon arrival.