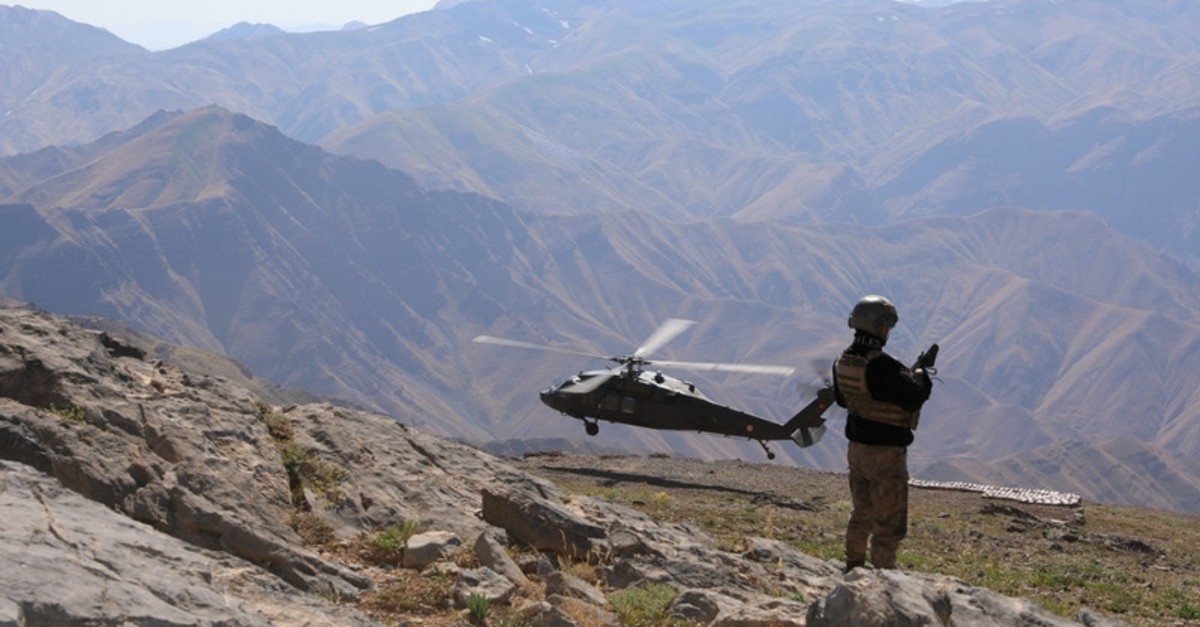 Five PKK terrorists were neutralized and two others surrendered to Turkish security forces in eastern and southeastern Turkey on Wednesday.

Muş Gendarmerie Command teams neutralized three armed PKK terrorists during operations in the eastern province, according to a statement from the Ministry of Interior.

The terrorists were neutralized in the rural Şenyayla area in central Muş in an air-supported operation.

Security operations continue in the region, the ministry added.

Two more PKK terrorists were neutralized in the Çukurca district of southeastern Hakkari province later Wednesday, the Ministry of Defense said in a statement. One of the terrorists was wounded in the operation, it added.

Earlier in the day, two PKK terrorists surrendered to security forces in Hakkari, according to the provincial governor's office on Wednesday.

The security forces' efforts to convince the terrorists to surrender bore fruit, and their investigation revealed that they have been active within the People's Protection Units (YPG) separatist terror group in Syria for years.

In its more than 30-year terror campaign against Turkey, the PKK -- listed as a terrorist organization by Turkey, the U.S., and the EU -- has been responsible for the deaths of some 40,000 people, including women, children and infants.

The YPG is the Syrian offshoot of terror group PKK.