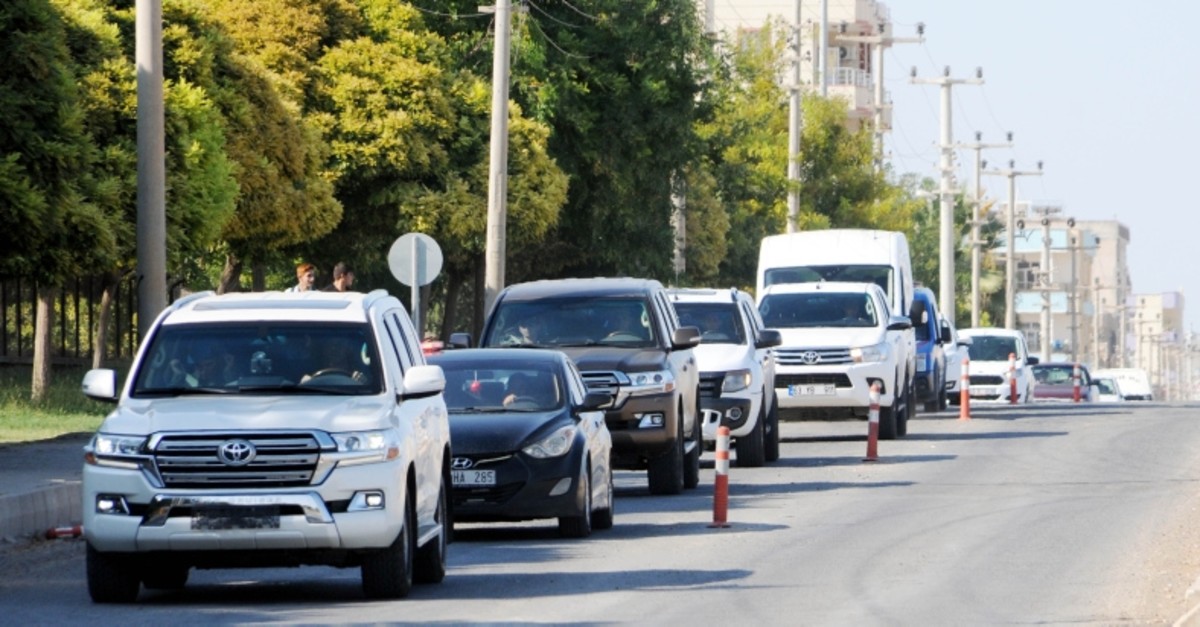 Turkish and U.S. military delegations Wednesday visited the joint operations center in the Akçakale district of southeastern Turkey's Şanlıurfa as part of an ongoing effort to establish a safe zone in northern Syria.

They also inspected the Syrian border, after holding a meeting with the General Staff the previous day.

U.S.-Turkey cooperation has recently intensified after the two countries agreed on establishing the safe zone on Aug. 7.

"Turkey aims to create a stable living space for Syrian refugees, who fled their country due to the ongoing civil war, and halt further refugee influx on the other side of the border," Nurşin Ateşoğlu Güney, an academic from Bahçeşehir University, said at a panel Monday.

Turkish officials have frequently said another refugee wave was quite possible due to the continuous regime attacks, particularly in northwestern Syria's Idlib. Hosting over 3.6 million Syrians, Turkey is the world's top refugee-hosting country at the moment and plans to settle about a million of them back to the peace corridor to be established in northern Syria. Ankara expects the global community to assist the country in the matter of future possible migration flows as it is not only a regional but a global problem as well.

The safe zone agreement also envisaged setting up necessary security measures to address Turkey's security concerns, including clearing the zone of the terrorists of People's Protection Units (YPG), a group the U.S. has sometimes been allied with, over Turkey's objections.

YPG is the offshoot of the PKK terror group operating in Turkey. The PKK has killed over 40,00 people in Turkey -- including women, children and infant -- in its decades-long terror campaign.

Despite the earlier agreement, Turkey and the U.S. are not totally on the same page according to the statements by top Turkish officials.

Turkey has undertaken a large part of the conflict on its own, with several successful military offensives such as Operation Olive Branch and Operation Euphrates Shield. Meanwhile, another unilateral intervention east of the Euphrates remains a strong possibility.

Güney stressed that Turkey has been deploying military forces and ammunition on the border for about a year and added that it will take action if the threat to its national security becomes "intolerable."

The possibility of a unilateral intervention originates from Turkey's doubtful view toward the U.S., which has in many cases sided with the PKK-affiliated groups, instead of replying to its NATO ally's security concerns.

Presidential Spokesperson Ibrahim Kalın told a press conference Tuesday that if Turkey encounters any stalling or misconduct by the the U.S., it could set up the safe zone by itself.

"We cannot confirm the information coming from the U.S. side saying the field is completely safe. We need to confirm it through our own sources," he said, alluding to Turkish demands that the zone be rid of the PKK and its Syrian affiliate the People's Protection Units (YPG).

Before the safe zone deal, Turkey and the U.S. agreed on a road map in June 2018, foreseeing the withdrawal of the YPG from northern Syria's Manbij and initiating joint Turkish-American patrols, which eventually began last November. However, the process has been sluggish as the terrorist group was still present in the city despite the three-month timetable set to implement the deal.