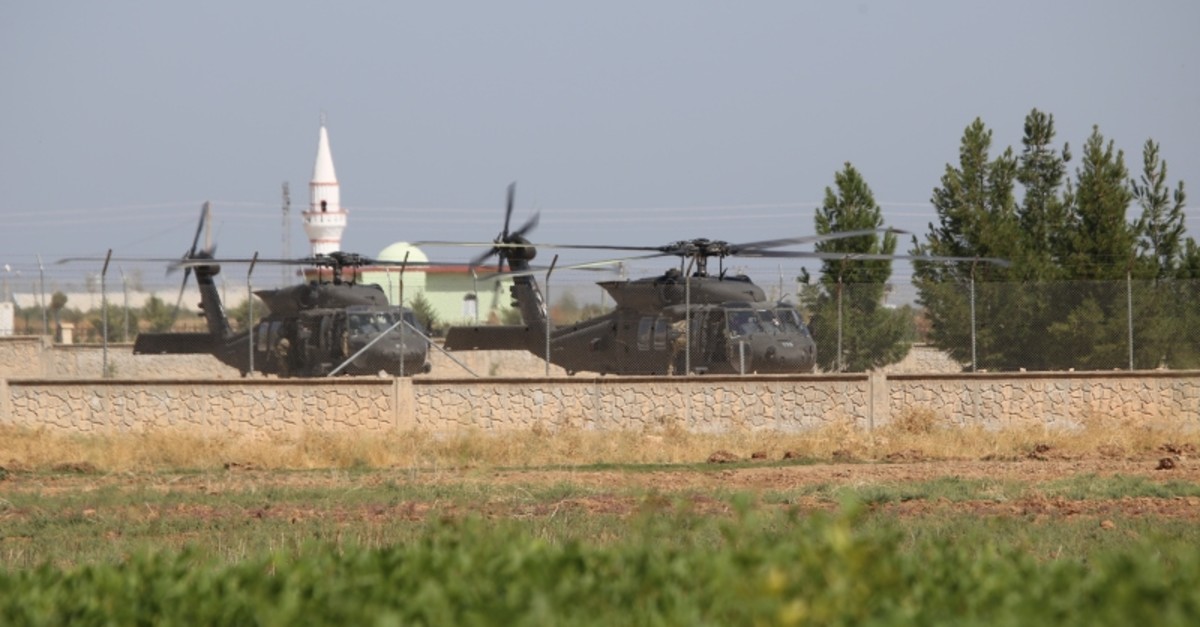 Turkish and U.S. armed forces on Thursday started their fourth joint helicopter flight for a planned safe zone east of the Euphrates River in northern Syria.

Two Turkish helicopters and two U.S. choppers took off from the border town of Akçakale in Şanlıurfa, southeastern Turkey, where the two countries' armed forces have a joint operations center, the Ministry of National Defense said in a statement.

They flew into the Syrian side of the border, toward the northern province of Tal Abyad. After the patrol, Turkish helicopters returned home while U.S. choppers stayed back at a base in Syria.

Meanwhile, Turkish and U.S. military delegations visited Wednesday the joint operations center in Akçakale. They also inspected the Syrian border, after holding a meeting with the General Staff the previous day.

Turkey-U.S. cooperation has recently intensified after the two countries agreed to establish the safe zone on Aug. 7.

The safe zone agreement also envisaged setting up necessary security measures to address Turkey's security concerns, including clearing the zone of the People's Protection Units (YPG) terrorists, a U.S. ally in the fight against Daesh.

Turkey's objects to the ties as the People's Protection Forces (YPG), a group that terrorizes locals and poses a threat to Turkey.

In its more than 30-year terror campaign against Turkey, the PKK — listed as a terrorist organization by Turkey, the U.S. and the EU — has been responsible for the deaths of some 40,000 people, including women, children and infants. The YPG is its Syrian offshoot.

The Presidential Communications Office said in a statement that it was made clear during the meeting that Turkey's counterterrorism efforts in eastern Syria will continue without disruption, the cooperation between Turkey and the U.S. on counterterrorism should be carried out with principles of trust and transparency and Turkey will never allow a terrorism corridor on its southern border.