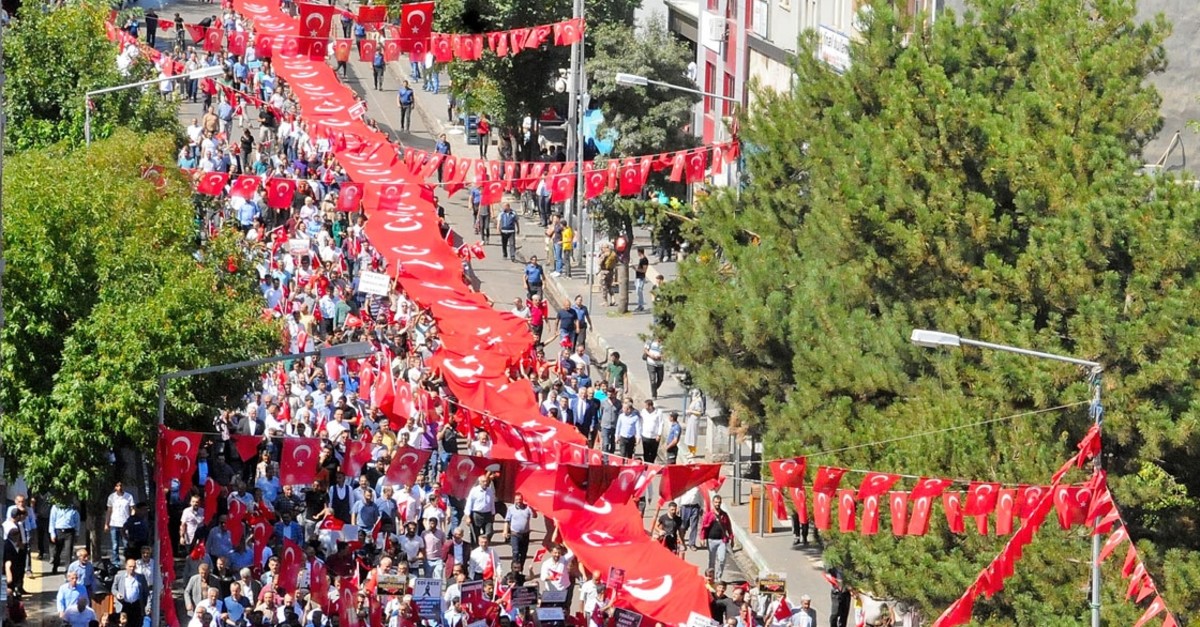 Thousands of citizens, joined by politicians, local authorities and NGOs held rallies throughout eastern Turkey on Saturday, protesting PKK attacks and voicing support for an ongoing sit-in by mothers whose children were kidnapped by the terrorist group.

In Bingöl province, the rally was organized by the Bingöl Martyrs' and Veterans' Family and Human Rights Association (BİŞHAK). Participants carrying Turkish flags gathered in front of the clock tower in Yenişehir neighborhood and marched toward the 15 Temmuz Direniş Square. Protesters unfurled a 209-meter-long Turkish flag during the march. 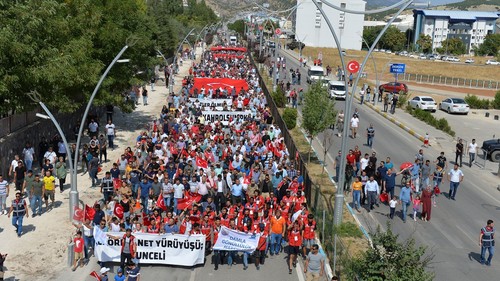 In eastern Ağrı province, an Islamic memorial service was held in the Merkez Mosque for the civilians killed in the attack, followed by a march toward the Abide Square, while thousands of people organized a march in Tunceli province.

Governors, and other officials also attended the marches, reports said.

Recently on Thursday, seven people were killed and 10 others were injured in the Kulp district of southeastern Diyarbakır province when PKK terrorists detonated a roadside bomb while a pickup truck carrying forestry workers was passing by. The district mayor and another official from the pro-PKK Peoples' Democratic Party (HDP) as well as the party's district chairman were detained as part of an investigation into the attack.

The HDP, long facing public reaction and judicial probes over its ties to the PKK, is also under pressure over a growing civilian protest movement launched by local families. A sit-in launched in front of the party's Diyarbakır provincial headquarters by mothers whose children were kidnapped by the terrorist has entered its 12th day with the number of families reaching 32. The party is being accused of aiding the PKK to recruit new militants through its provincial and district organization as well as municipalities.

In the eastern province of Van, 51 NGOs participated to the rally that saw thousands carrying Turkish flags and chanting anti-PKK slogans walking through the city center.