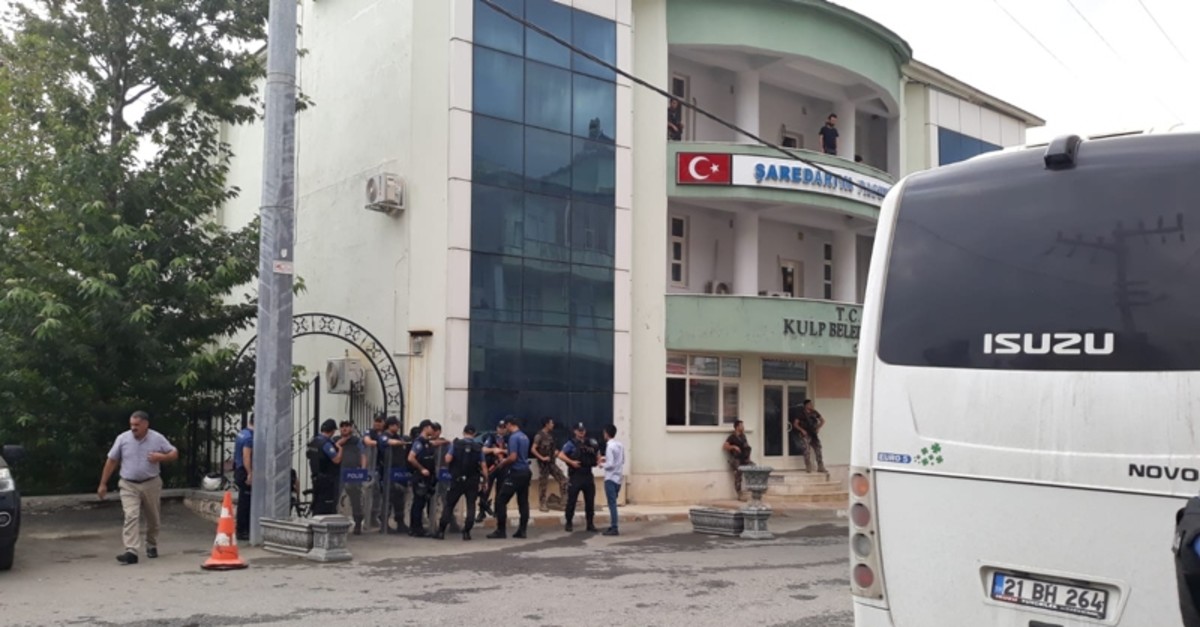 The mayor of Kulp district in Turkey's southeastern Diyarbakır province has been suspended from office after being detained over his PKK links in relation to a recent terrorist attack that claimed the lives of seven civilians. He has been replaced by a trustee, reports said Tuesday.

Within the scope of the investigation, police forces conducted an operation a day after the terrorist attack and Kulp Mayor Mehmet Fatih Taş, director of the civil works of the municipality Şener Aktaş and HDP District Chairman Abidin Karaman were taken into custody upon a tip-off that a municipal vehicle was spotted in the area shortly before the blast.

The number of suspects detained has risen to five as part of the investigation launched into the incident.

PKK terrorists used an improvised explosive device (IED) to target a vehicle carrying 20 forestry workers who were heading to the forest to collect wood. Many medical and gendarmerie teams rushed to the scene of the explosion.

The PKK terrorist organization resumed its decades-old campaign in July 2015 after a three-year cease-fire collapsed. Since then, more than 1,200 people, including security personnel and civilians, have lost their lives in PKK attacks. During the process, some HDP municipalities directly or indirectly supported these violent terrorist activities.

The attack was condemned by leading political figures and nongovernmental organizations (NGOs), while citizens launched rallies to speak against terrorist attacks. Thousands of citizens took to the streets throughout eastern Turkey on Saturday, including politicians, local authorities and NGOs. The rallies took place in the cities of Ağrı, Batman, Bingöl, Bitlis, Elazığ, Hakkari, Mardin, Muş, Siirt, Şanlıurfa, Şırnak, Tunceli, Van and Tunceli as well as in various district centers in the same provinces.