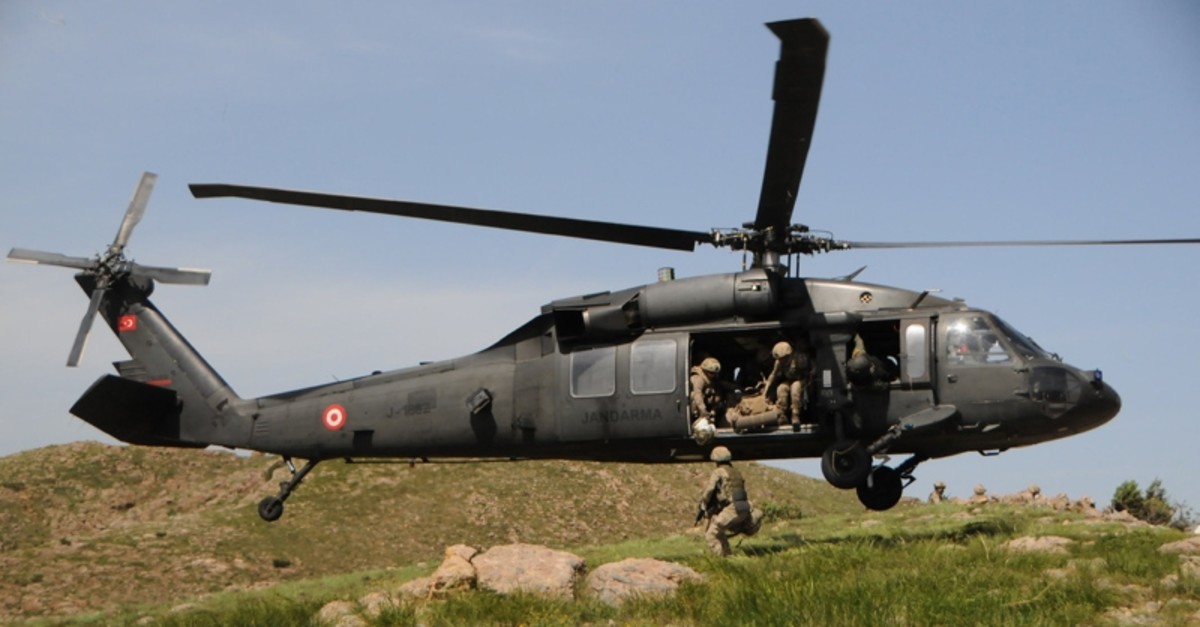 Turkey has decided to expand the scope of its ongoing Operation Claw-3 by 60 kilometers toward the east. It will also deploy new commando units in the region, the Defense Ministry confirmed Wednesday.

With the winter close at hand, the terrorists are reportedly going carrying out winter deployment. The primary aim of this expansion is to prevent deployment and secure Turkey's border.

Operation Claw-3 was launched on Aug. 23 to ensure security along the border, especially in southeastern Turkey's Şırnak and in northern Iraq's Sinat-Haftanin.

Turkish security forces have so far killed 29 terrorists and seized 28 cave bunkers, shelters and depots containing different types of ammunition, according to the Defense Ministry.

All three operations have secured an area of 370 kilometers, preventing terrorists from entering Turkey or gaining a foothold in the region.

Operation Claw in northern Syria has so far neutralized 417 terrorists. About the possibility of further operations, security officials said they could launch a new operation in any area if necessary.

On May 27, Turkey launched Operation Claw against the PKK in the Hakurk region of northern Iraq. The ongoing offensive has eliminated dozens of terrorists. As a follow-up to the successful offensive, Operation Claw-2 was launched on July 12.

Hakurk is among the main locations used by the PKK terrorists to infiltrate Turkey or attack Turkish border outposts. The area is located 30 to 40 kilometers south of the Derecik district in southeastern Turkey's Hakkari, bordering Iraq. It currently serves as the main base for the terrorists between Turkey and their headquarters in the Qandil mountains near the border with Iran.

The Turkish military continues its counterterrorism efforts against the PKK, its affiliate the People's Protection Units (YPG) and Daesh both in and outside Turkey's borders.

In its more than 30-year-long terror campaign against Turkey, the PKK, listed as a terrorist organization by Turkey, the U.S. and the EU, has been responsible for the deaths of some 40,000 people, including women and children.