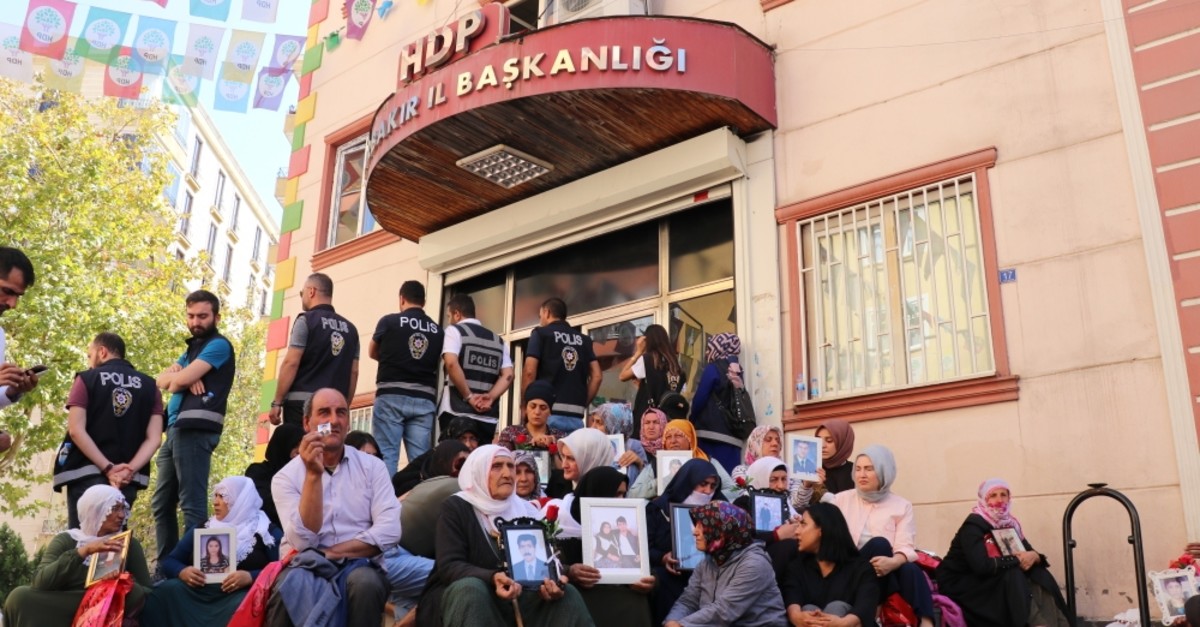 Kurdish mothers, who demand return of their children abducted by the PKK terror group, been conducting a sit-in protest in front of the Peoplesu2019 Democratic Partyu2019s (HDP) provincial office in Diyarbaku0131r for more than two weeks, Sept. 18, 2019.
by Eralp Yarar Sep 19, 2019 12:07 am

The protest by Diyarbakır mothers against the PKK is a just and peaceful initiative that should be embraced in the name of humanitarian causes, expert on PKK says

Everyone who sides with justice should support the Kurdish mothers protesting the abduction of their children by the PKK terror group in the southeastern province of Diyarbakır, said Aytekin Yılmaz, a former PKK member and author of numerous books on the terrorist group and its child recruitment practices. Kurdish mothers, who demand the return of their children abducted by the PKK, have been staging a sit-in protest in front of the pro-PKK Peoples' Democratic Party's (HDP) provincial office in southeastern Diyarbakır for more than two weeks.

No one should be indifferent to the protests and demands of these mothers, said Yılmaz, noting that the protest by these mothers is a very right and peaceful initiative. 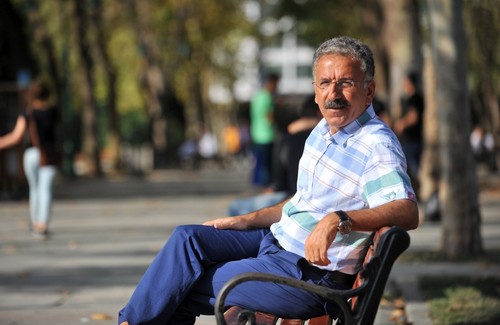 He added that it is the first time that families have demanded their children back from the group in the 35-year conflict.

On the 16th day of the sit-in, the second stage of the initial protest that was launched by Kurdish mother Hacire Akar last month, the number of families protesting in front of the HDP's provincial headquarters reached 45, including five Iranian families. Following her initial protest, Akar's son returned home a few days later, giving hope to a number of mothers.

"The issue of the abduction of children to the mountains has been a huge problem for the last 35 years. To reach its target, this initiative must be supported by civil society organizations and intellectuals, not just by the state," Yılmaz added.

Yılmaz said that we should consider the ongoing protests independent of the state, regardless of what one may or may not feel for it, and added: "Everyone who sides with justice and conscience must support it."

Rejecting the comparisons of the Diyarbakır mothers to the Saturday Mothers (Cumartesi Anneleri) and projecting them as rivals, Yılmaz said that these two groups are not in conflict. 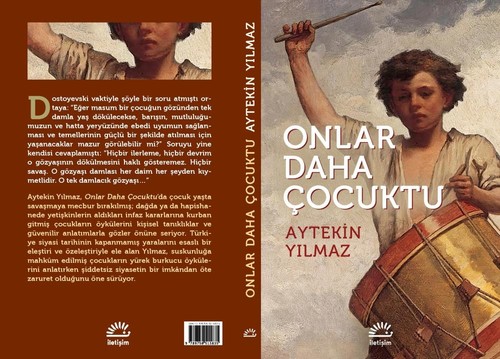 "Saturday Mothers demanded a confrontation with the past and the implementation of reparative justice. Diyarbakır mothers demand their children abducted in the recent past back. It is still possible for some of these mothers to come together with their children who are still alive. Instead of discussing the actions of these families, we should focus on solutions," he said.

The Saturday Mothers is a group that gathers every Saturday at noon for half an hour in the Galatasaray district of Istanbul, holding photographs of their lost loved ones. Mainly composed of mothers of victims, they conduct silent sit-in protest against the forced disappearances and political murders during the military coup-era of the 1980s and the 1990s.

10 children killed by terrorist groups in prison in '90s

When we focus on Yılmaz's own life experiences, written about in his books, he first met children abducted by terrorist groups in prison during in the 1990s.

"In fact, I did not know there were children in the group when I was there," he said. Yılmaz's first encounter with these children occurred in prison because these children had to stay in the same prisons with adults.

"Between the years of 1990 and 2000, the control of 23 prisons were taken by the PKK and some radical left groups inside. They gave ideological training in these prisons for 10 years. Building mini totalitarian regimes inside, they established camp environments. I call this prison experience 'secondhand concentration camp.' In these prisons, children were trained as militants by terrorist groups and most of them then joined the mountain following their releases," Yılmaz explained. As Yılmaz reported, these groups killed 40 of their members in prisons at the end of these 10 years. Also, he added that this number may reach hundreds with unrecorded incidents and almost 10 of those people who were executed in prisons were children.

"As I've explained in my books, Ulaş was strangled to death by the group when he was sleeping at night in Ulucanlar Prison. Ercan Yıldız, İrfan Doğan and Sait Fidangül were also killed using the same method when they were sleeping at night in Erzurum Prison. And all of them were just children," he told.

Pointing to the dark times during the 1990s, Yılmaz also talked about the effect of this period on children in southeastern and eastern regions. According to research conducted by Yılmaz, at least 298 children were killed due to the clashes in the region in this period. "Only in 1994, 34 children were killed in PKK attacks targeting civilians. I was able to identify the names of 298 children who lost their lives in clashes between 1990 and 2000. I have to say that actual numbers are much higher," he added.

In his latest book "Onlar Daha Çocuktu (They were just children)," Yılmaz said that at least 4,500 children were abducted by the PKK between 2000 and 2015.

"I borrowed those numbers from the archives of the Interior Ministry. In the first period between 1984 and 2000, numbers were much higher because the group decided to recruit one child from every household under the law of conscription," he said.

According to Yılmaz's own research, nearly 20,000 children were abducted by the PKK in the last 35 years.

Yılmaz specifically preferred the term "abduction" because "a child cannot voluntarily join any group in the mountain because it is a child. Parents decide for their own children. Maybe these children were not forcefully abducted. Even if they were convinced to join, it is violence and abuse against children."

Glorification of violence still alive in some groups

In his previous interviews and writings, Yılmaz spoke about the growing addiction to violence in society. Thus, a society becoming desensitized to violence has become silent about PKK violence. When asked about this, Yılmaz explained that the glorification of violence is still alive among some leftist groups.

"There are still some expectations from PKK violence, not as much as in the past. Before, they were expecting a revolution from this violence. Now, they expect whether these violent actions can harm the government or lead to a possible dissolution. This is the major reason for silence among some leftist intellectuals and politicians about PKK violence," said Yılmaz and added that the lack of democratic reforms by the state also contributed to this process. Focusing on his own experience with the group and his breakaway process, Yılmaz said: "When I witnessed totalitarian practices of these groups in the prisons, I understood that this lifestyle was not for me. After I left the group, I became independent. I only read and wrote for 10 years. I confronted the glorification of violence. What I have concluded is that people should not reach their ideals by sacrificing other people. I do not love any cause as much as I will to die for. I want to be involved in causes that support life. Therefore, I went to support the Diyarbakır mothers when I heard about them." The protesting Kurdish mothers' latest action proved that they no longer want an armed conflict and that they reject any kind of violence.