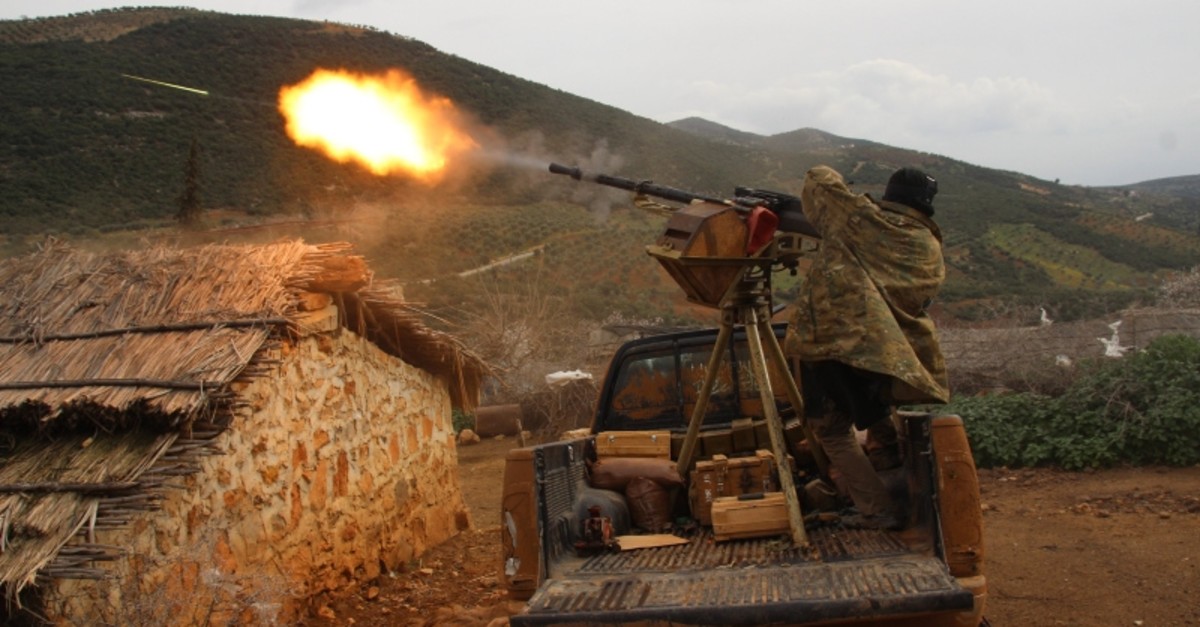 The Syrian National Army and the National Front for Liberation have united under the Defense Ministry, the head of the Syrian Interim Government Abdurrahman Mustafa announced Friday.

In a news conference held in Turkey's southeastern Şanlıurfa province, Mustafa said the army will continue to strive toward the liberation of Syria, and to ensure that oppression, sectarianism and dictatorship end in the country.

"We will do whatever it takes to return Syrian land to Syrians, the real owners of the country," Mustafa said, adding that they also aim to liberate east of the Euphrates by supporting Turkey's fight against terrorism.

"We will fight all terrorist organizations, including the PKK-linked People's Protection Units (YPG)," Idris said.

The minister noted that moderate opposition groups in Syria will no longer be referred by their names, but will be referred to as a single entity as the army.

The Syrian Interim Government was formed in 2013 by the moderate opposition forces as an alternative to the Assad regime. Its leaders are in exile in Turkey. The Syrian National Army, which was formed in 2017, consists of over 22,000 fighters, who are equipped and trained by Turkey.