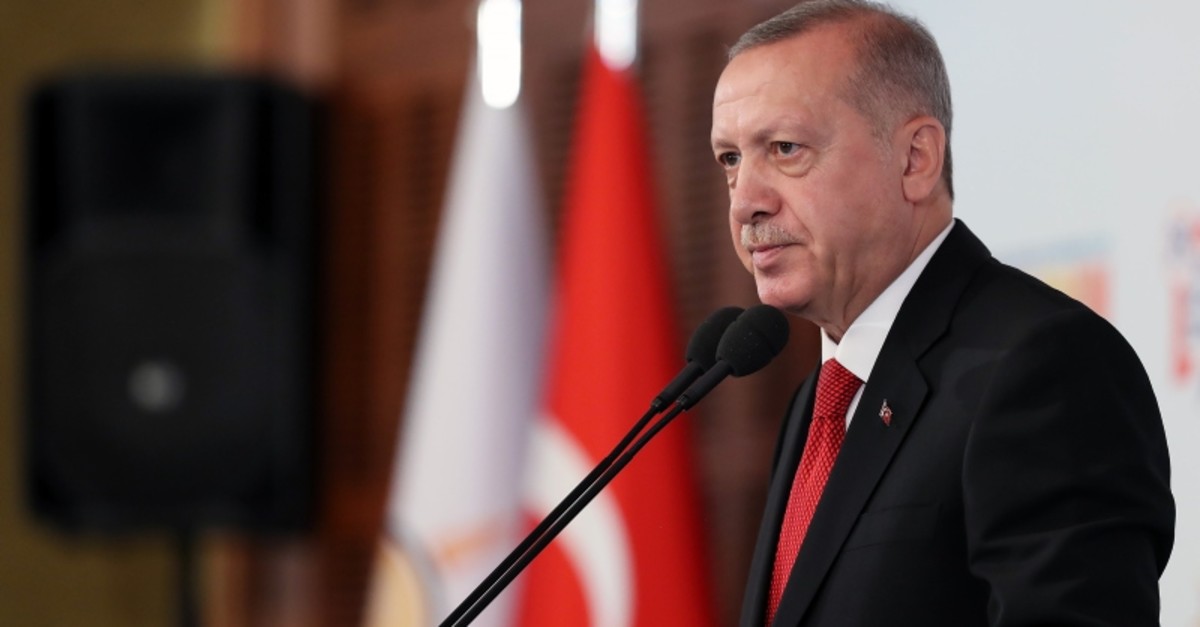 Turkey is ready for an operation east of the Euphrates River in northern Syria to clear the region of terrorists, amid disappointment over the U.S.' efforts for the establishment of the planned safe zone.

"We have completed our preparations and action plan, the necessary instructions were given. It is maybe today or tomorrow the time to clear the way for [our] peace efforts which is set and the process for them was started. We will carry out a ground and air operation," Erdoğan said.

"Our aim is, I underline it, to shower east of Euphrates with peace," he added.

"Turkey has to carry out and succeed in this operation [east of Euphrates] for both its national security and [to ensure] the return of Syrians in Turkey to their own country," he stressed.

Turkey has long complained about the threat of terrorists coming from east of the Euphrates in northern Syria, which neighbors its southern border, vowing to take a military action to prevent the formation of a "terrorist corridor" there.

Turkey made all kinds of warning to the related parties of the issue on establishing a safe zone in northern Syria, Erdoğan said.

"We have been patient enough. Land patrols, air patrols [carried out with the U.S. for safe zone], we see that all were just a tale," the president said.

U.S. and Turkish troops has carried out three joint ground patrol for the safe zone since Sept. 9.

While Turkey welcomes the joint patrols, it has also said the U.S. is not doing enough to set up the safe zone properly.

"Turkey's question to its allies is clear," he said, "Do you recognize the PKK/YPG as a terrorist organization that you are trying to cover under the name of SDF?"

"We have not heard such a statement, and even some the U.S. officials publicly say the PKK is a structure with which the YPG is working together," he said.

The U.S., which considers the PKK a terrorist organization, changed the name of YPG – Syrian offshoot of PKK – to the Syrian Democratic Forces (SDF) in July 2017 in order to dissociate it with the PKK.

Washington has partnered with the YPG-led SDF in the effort to secure Daesh's defeat in northeast Syria, which has strained relations with Ankara.

Erdoğan signaled a military operation again to keep Turkey away from terror threat when he said that it is now end of talks with those wasting Turkey's time using diplomacy.

Turkey has long championed the idea of terrorist-free safe zones in Syria. It has stressed ridding the area of the terrorist YPG, as well as resettling Syrian migrants currently sheltered in Turkey.

FSA ready for a possible operation

Free Syrian Army (FSA) forces, which took a role in operations Euphrates Shield and Olive Branch, has preparing with a military training program for a possible operation east of the Euphrates.

Seyf Abu Bekir, a commander in the FSA forces, said that they have completed their preparations to clear the east of Euphrates from PKK and YPG terrorists.

"We are ready for the operation. We will establish a peaceful region by clearing there from PKK and YPG terrorists," he said speaking to the Anadolu Agency (AA).