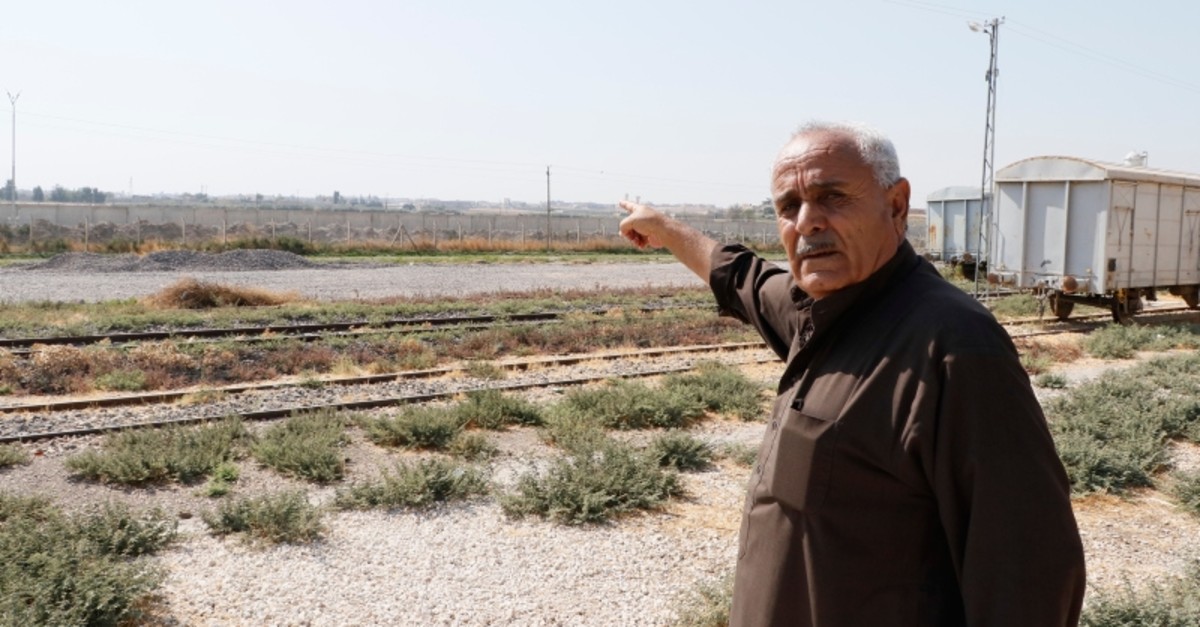 Turkey's operation east of Euphrates in northern Syria cherishes hopes for Syrian refugees to return to their homes after they were forcibly dislocated by terrorist PKK-linked People's Protection Units (YPG) since the conflict started in 2011.

Syrians living in Turkey's southeastern Şanlıurfa province are looking forward to the arrangements for the operation, as they want to return to their homes located just across the border.

Ahmet Halaf, a refugee in Şanlıurfa, told Anadolu Agency that he left Syria five years ago with 10 members of his family and settled in Turkey.

"My house is just across the border," Halaf said, and added: "YPG/PKK came and took my house and land. A senior YPG terrorist confiscated my house.

"Whether the terrorists want it or not, the Turkish army launches the operation in Syria and we will return to our homes," he added.

Abdullah Haciman, another refugee living in Turkey with his family, said their home, workplaces and lands were confiscated by YPG terrorist organization.

"We want Turkey to start operation as soon as possible and return to our homes freely," Haciman added before the launch of Turkey's operation.

Turkey announced on Wednesday the launch of Operation Peace Spring east of the Euphrates River in northern Syria to secure its borders by eliminating terrorist elements to ensure the safe return of Syrian refugees and Syria's territorial integrity.

Turkey has said the terrorist group PKK and its extension the YPG/PYD constitute the biggest threat to Syria's future, jeopardizing the country's territorial integrity and unitary structure.

Turkey has also stressed that supporting terrorists under the pretext of fighting Daesh is unacceptable.

Turkey has a 911-kilometer (566-mile) border with Syria and it has long decried the threat from terrorists east of the Euphrates and the formation of a "terrorist corridor" there.

Turkey plans to resettle two million Syrians in a 30-km-wide (19-mi) safe zone to be set up in Syria, stretching from the Euphrates River to the Iraqi border, including Manbij. However, the presence of terror groups such as the PKK, PYD, and YPG risk its formation.

The two operations were in line with the country's right to self-defense borne out of international law, U.N. Security Council resolutions, especially no. 1624 (2005), 2170 (2014) and 2178 (2014), and under the right to self-defense under Article 51 of the UN Charter, while being respectful of Syria's territorial integrity.