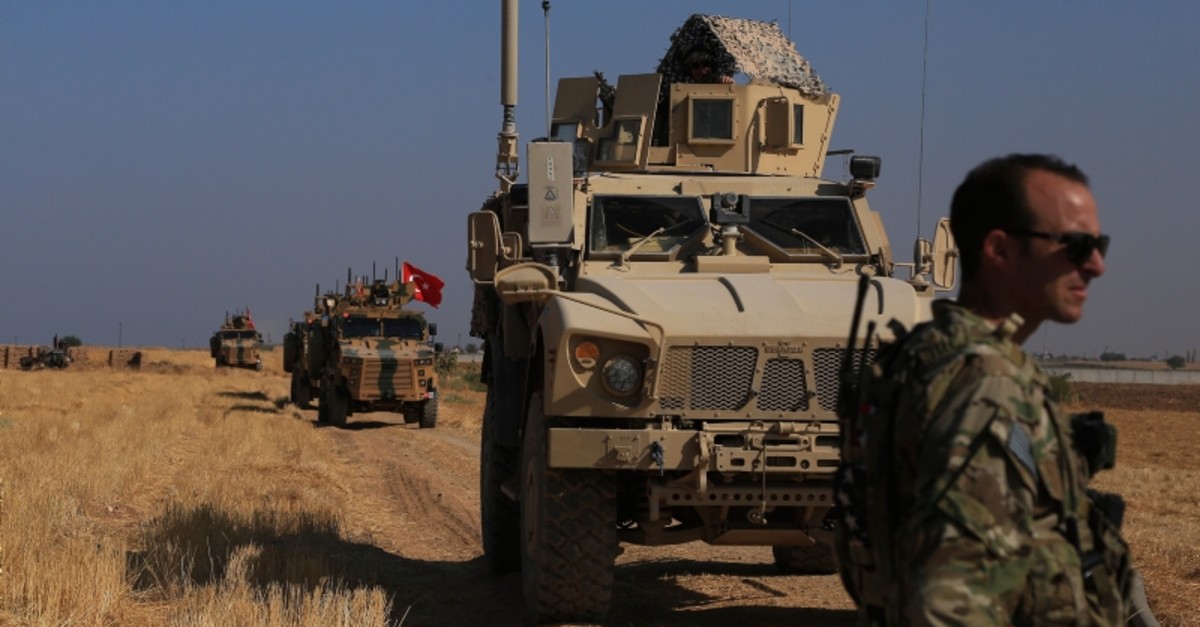 This Friday, Oct. 4, 2019 file photo, Turkish and American armored vehicles patrol as they conduct joint ground patrol in the so-called ,safe zone, on the Syrian side of the border with Turkey, near the town of Tal Abyad (AP Photo)
by Daily Sabah Oct 09, 2019 11:54 am

Commanders are closely following the developments regarding the upcoming operation, Akar told the audience at the National Defense University's Air Force Academy.

Presidential Spokesperson Ibrahim Kalın and U.S. National Security Advisor Robert O'Brien later held a phone call to discuss Turkey's operation in northeastern Syria and the steps to be taken following the establishment of a safe zone there.

"We will contribute to Syria's territorial integrity," Çavuşoğlu said, adding that the operation in northern Syria is Turkey's right under U.N. resolutions and international law.

He noted that Ankara will inform Syria, the United Nations and others about the operation in northern Syria.

Washington paved the way for the long-planned Turkish operation into the area east of Euphrates against the People's Protection Units (YPG) after the White House said Sunday the U.S. military would be withdrawing from northern Syria.

The statement followed a phone call between Erdoğan and his U.S. counterpart Donald Trump, during which a November meeting was planned, according to Turkish presidential sources.

President Erdoğan confirmed Monday that U.S. troop withdrawal from northern Syria had begun, and the operation against the YPG terror group was imminent before his departure to Serbia.

Since 2016, Turkey has conducted two major military operations in northwestern Syria – Operations Euphrates Shield and Olive Branch – to purge the region of terrorist groups Daesh and the YPG, which is the Syrian branch of the PKK terrorist organization.