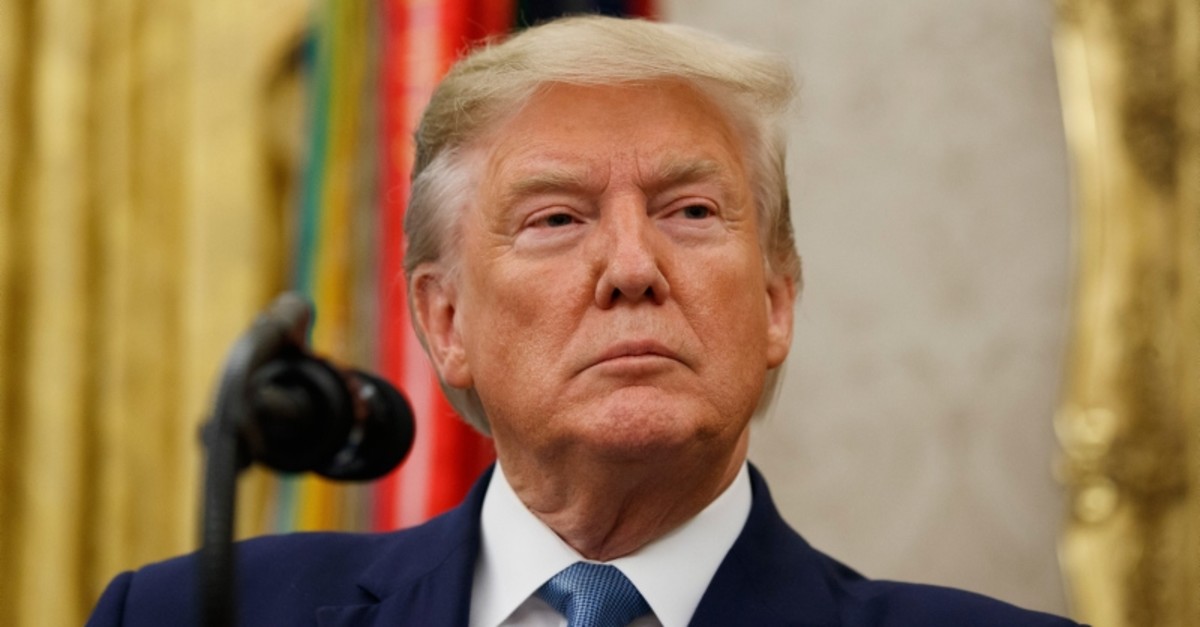 U.S. President Donald Trump pauses before speaking during a ceremony to present the Presidential Medal of Freedom to former Attorney General Edwin Meese, in the Oval Office of the White House, Tuesday, Oct. 8, 2019, in Washington. (AP Photo)
by Daily Sabah Oct 09, 2019 8:23 pm

He added that Turkey now bears responsibility for all Daesh fighters in the area.

Trump said the U.S. will "continue to monitor the situation closely."

The operation will eliminate the terrorist threat to Turkey and ensure Syrian refugees' return to their country thanks to a safe zone in the area, he said.