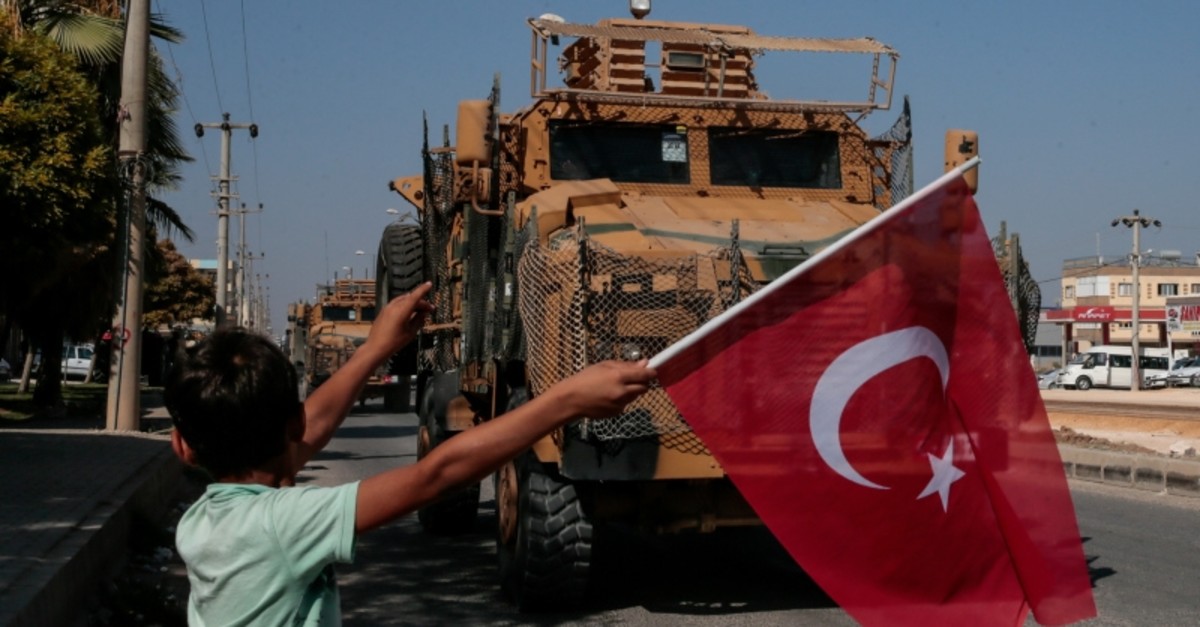 The Turkish Armed Forces (TSK) neutralized five YPG terrorists based in the Qamishli area from the border province of Mardin on Thursday morning.

The Defense Ministry said later Thursday that 19 YPG terrorists had been neutralized in Ras al-Ayn city.

The operation liberated 11 villages in Tal Abyad town and Ras al-Ayn city from the YPG on Thursday.

Speaking to CNN's Turkish Television Channel, Çavuşoğlu said: "The purpose of the operation is to remove terrorists from this area. The range of rockets coming to Akçakale [a district of Turkey's southeastern Şanlıurfa province] from Nusaybin [in Syria] is about 30 kilometers."

Responding to a question, Çavuşoğlu said the threat disappears beyond 30 kilometers south, and Turkey does not plan to go beyond the 30-km mark.

Turkey plans to widen the safe zone, not limiting it to 120 km (74 miles), Çavuşoğlu said. "The whole border [between Turkey and Syria] must be made a safe zone," he added.

Çavuşoğlu also said that the terrorist YPG in Syria holds Daesh terrorists as a weapon.

Mardin and the neighboring southeastern province of Şanlıurfa came under YPG shelling after Turkey launched Operation Peace Spring, resulting in six civilian deaths, including an infant and three children.

The operation, the third in a series of cross-border anti-terror operations in northern Syria targeting terrorists affiliated with Daesh and the PKK's Syrian offshoot the People's Protection Units (YPG), was launched on Oct. 9 at 4 p.m. (1100 GMT).