2 Turkish soldiers killed in clashes with YPG in Syria 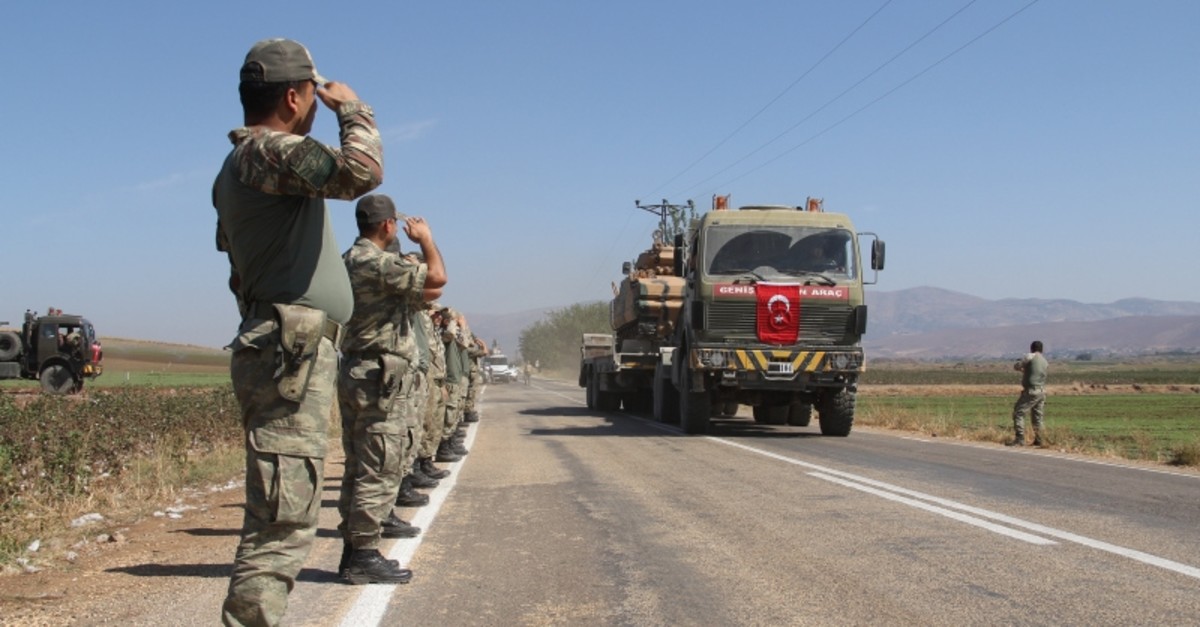 Two Turkish soldiers were killed in action on Thursday and Friday amid Turkey's Operation Peace Spring in northern Syria.

Another soldier, a communications private, died during training exercises on Thursday, the ministry said.

The ministry later said another two soldiers, a specialized sergeant and infantry specialized corporal, were killed in a mortar attack by YPG terrorists near Syria's Afrin, the region where Turkey conducted Operation Olive Branch.

The Defense Ministry expressed condolences to the families of the fallen soldiers and the Turkish nation.

According to information from the SNA, one soldier was killed in Tal Abyad and the other in Ras al-Ayn. Nine SNA soldiers were also injured.