No other NATO ally has suffered as much as Turkey has, Sec. General says 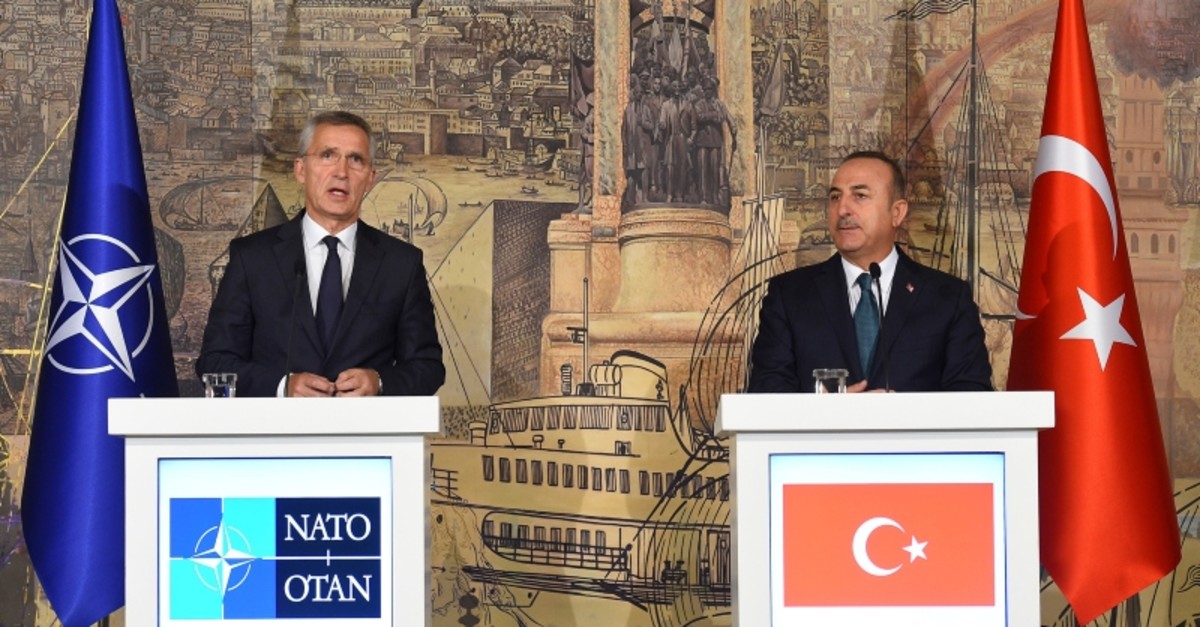 Foreign Minister Mevlut Cavusoglu, right, and NATO Secretary General Jens Stoltenberg speak to the media during a joint press conference after their meeting in Istanbul, Friday, Oct. 11, 2019 (AP Photo)
by Daily Sabah with AA Oct 11, 2019 10:24 am

NATO Secretary-General Jens Stoltenberg acknowledged that Turkey has paid a high price for regional problems, as he urged the international community to find a sustainable solution to deal with Daesh terrorists held in Syria.

Speaking at a joint news conference Friday with Foreign Minister Mevlüt Çavuşoğlu in Istanbul, Stoltenberg touched upon the difficult situation Turkey is in.

Stoltenberg highlighted that NATO is strongly committed to Turkey's security as it is a country at the forefront of an unstable region.

Noting that Turkey is "a strong member" of NATO alliance and plays "a key part" in what NATO does from Black Sea to the Mediterranean, the secretary-general reiterated NATO's "strong commitment" to Turkey's security.

Talking about the common enemy Daesh, he also urged the international community to find "coordinated and sustainable solution" to deal with Daesh terrorists held in Syria.

"Turkey is an important part of this alliance and we appreciate your contributions to our collective security, our missions and operations. You are making NATO stronger," Stoltenberg concluded.

"Saying we understand Turkey's legitimate concerns is not enough," he said, adding: "The contributions we have made so far is for the security of our country, the region and our allies. Within the framework of indivisibility of security, Turkey expects naturally and legitimately that our allies stand in solidarity."

"[The operation] is therefore highly important for the security of alliance territory," Çavuşoğlu said.

Stoltenberg's visit comes as Turkey is carrying out Operation Peace Spring, a cross-border anti-terror operation in northeastern Syria to clear terrorists from its borders.