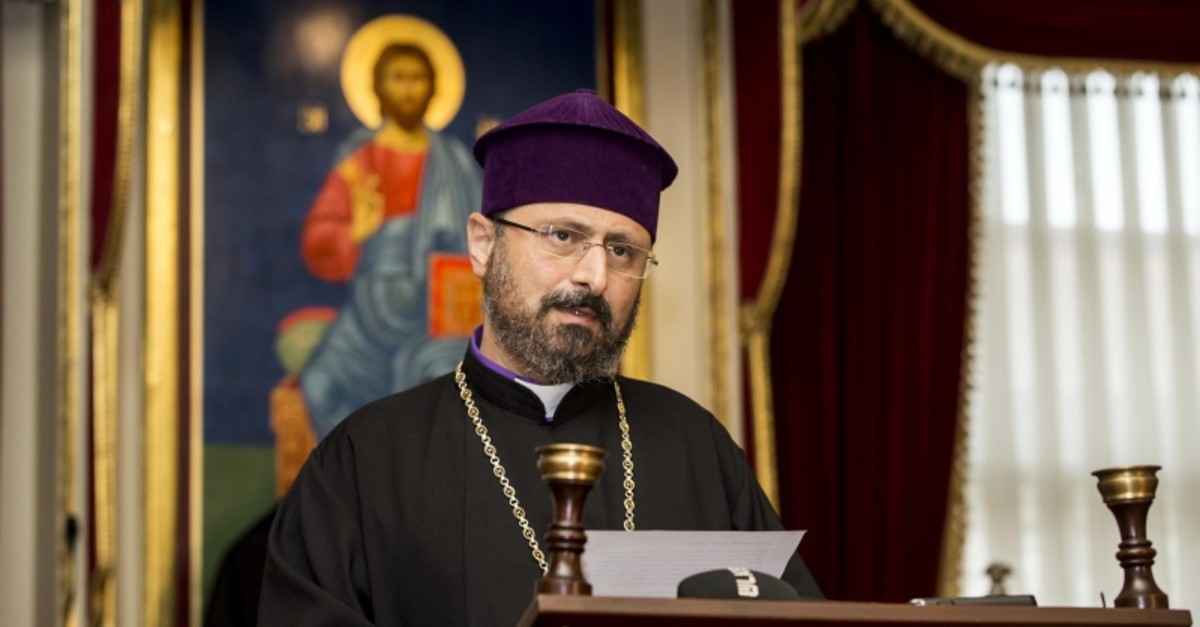 Turkey's Armenian Patriarchate expressed its full support for the Turkish military's anti-terror operation in northeastern Syria, saying they were praying that peace and safety will be established as soon as possible in the area.

"We pray that Operation Peace Spring, which aims to end terrorism and ensure the security of the borders, will continue in accordance with its purpose and establish peace and security as soon as possible," said Archbishop Sahak Masalyan, head of the Armenian Patriarchate of Turkey's Spiritual Council, in a statement Friday.

Stating that as the Armenian community they always underscore the importance of people living a prosperous life in an environment of peace, Masalyan said the ongoing wars and chaos in the Middle East, especially in Syria, worried them deeply as well.

"Unfortunately peace is not always ensured through peaceful means... May God protect our country and our people from disasters with His merciful power," he added.

He also said elections for the new patriarch would be held on December 11. The Armenian Church in Turkey has been ruled by a deputy Patriarch since 2008. The former patriarch Mesrob Mutafyan died on March 8 in Istanbul after years of battling dementia.