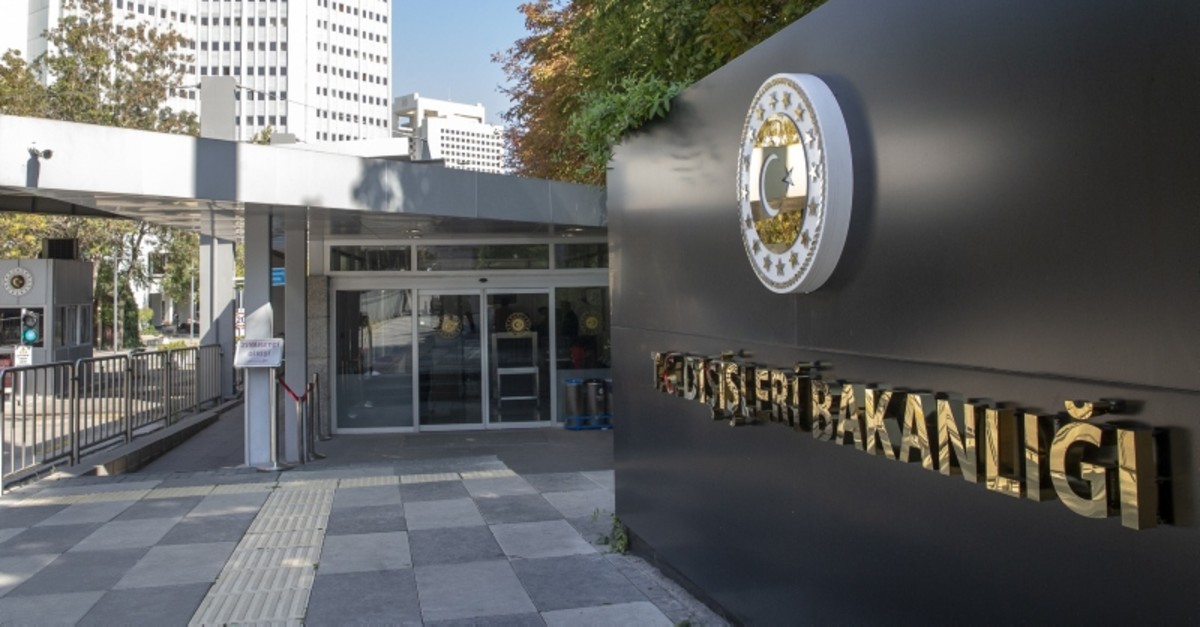 Turkey on Saturday strongly condemned the head of the Arab League for leveling allegations against the country's ongoing Operation Peace Spring east of the Euphrates River.

In a statement, Foreign Ministry Spokesman Hami Aksoy said that Arab League Secretary-General Ahmed Aboul-Gheit becomes a partner in crimes of terrorists and he betrayed the Arab world by accusing Turkey.

In his remarks at the Arab League meeting in Cairo, Aboul-Gheit had described the ongoing Turkish operation east of Euphrates as a "military invasion."

Aksoy said the Arab League criticized Turkey rather than the terrorist organization which tried to target the territorial integrity of Syria.

"I strongly condemn the Arab League for mischaracterizing Turkey's counter-terrorism operation in northeastern Syria as an "invasion" in a statement issued earlier today," Altun said on Twitter.

The statement came after an emergency session of the Arab League in Cairo called for by Egypt.

The meeting comes a few days after Turkey launched Operation Peace Spring east of the Euphrates River in northern Syria to secure its borders by eliminating terrorist elements and to ensure the safe return of Syrian refugees and Syria's territorial integrity.

Syria's membership in the league has been suspended since 2011, when the Bashar Assad regime launched a harsh crackdown on pro-democracy protests, sparking eight years of civil war.

Saturday's meeting saw speeches by the foreign ministers of Egypt, Saudi Arabia and the United Arab Emirates, who called for halting the Turkish operation and reaching a political solution to the conflict in Syria.