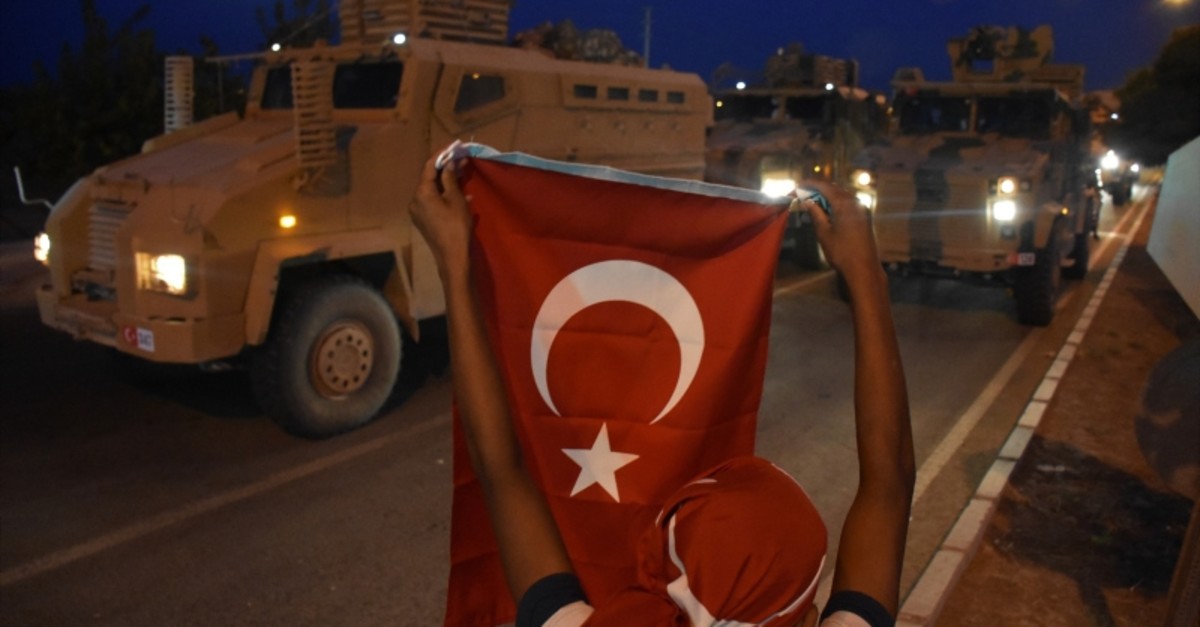 Speaking to the reporters at a briefing about the operation, President Recep Tayyip Erdoğan said Sunday that 26 terrorists had been captured and 24 others surrendered.

The president said a total of 109-square-kilometers of land was liberated from terrorists by Turkish military and Syrian National Army (SNA) so far.

Erdoğan said the terrorists were unable to stand against Turkish forces and resorted to striking civilian targets instead.

"Civilian settlements were hit by a total of 652 mortar shells, half of them hit Mardin's Nusaybin and Kızıltepe districts. They are looking to inflict civilian casualties," he said.

Erdoğan said 18 civilians, most of them children, were killed and 147 others were injured in attacks, while two Turkish and 16 SNA soldiers were killed in combat.

Speaking about critics of the operation, Erdoğan said the operation helped Turkey realize who its real allies were.

"Some countries named this operation an 'invasion.' We have received threats of economic sanctions. Those who think they will deter Turkey will threats are wrong," he said.

"Meanwhile, other nations want to mediate between us and the terrorists, it is really difficult to understand what sort of leaders they have. Since when do governments sit at the table with terrorists? There is a terrorist group against Turkey," he said.

The president told Turkey was determined to halt formation of any terror corridor along its borders.