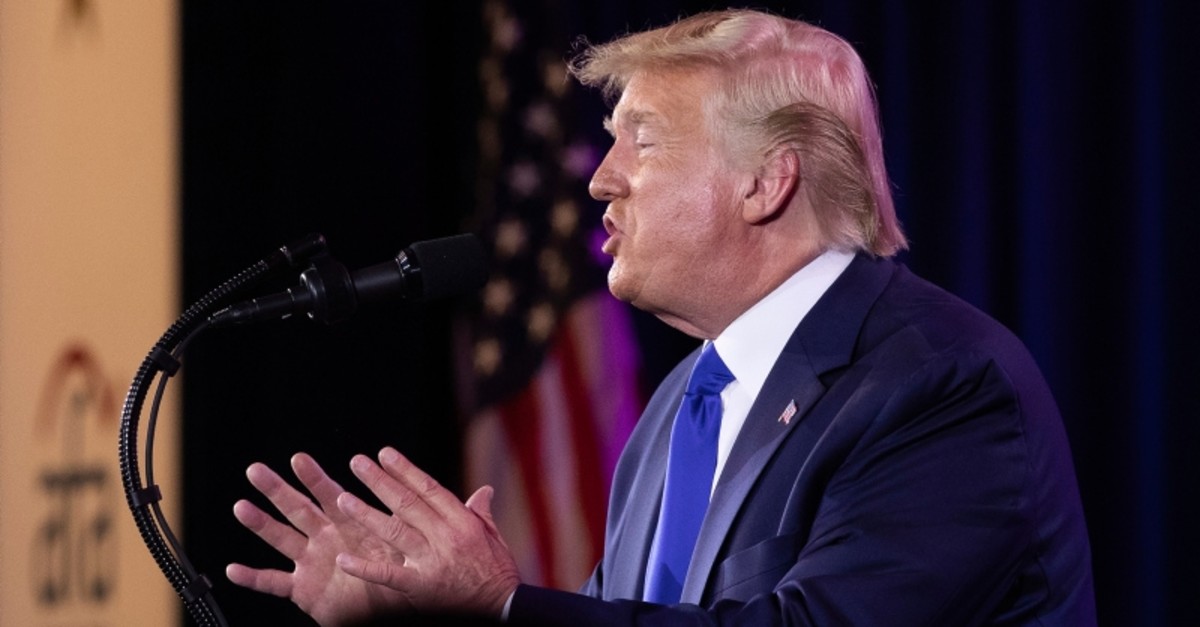 "I hope they do, because it is very hard to beat a force with that planes they don't, where they have weapons that Kurds don't have," said Trump, referring to the YPG.

In defending his decision to pull U.S. forces from the operation area in the northern Syria, Trump said, "I don't think our soldiers should be there for the next 50 years."

He portrayed the Middle East as a hopeless cause, despite years of American military involvement and financial investment.

"It's less safe now. It's less secure, less stable and they fight," he said. "That's what they do. They fight."

The Turkish operation, conducted in line with the country's right to self-defense borne out of international law and U.N. Security Council resolutions, aims to establish a terror-free safe zone for Syrians return in the area east of the Euphrates River controlled by the U.S.-backed Syrian Democratic Forces (SDF), which is dominated by YPG terrorists.