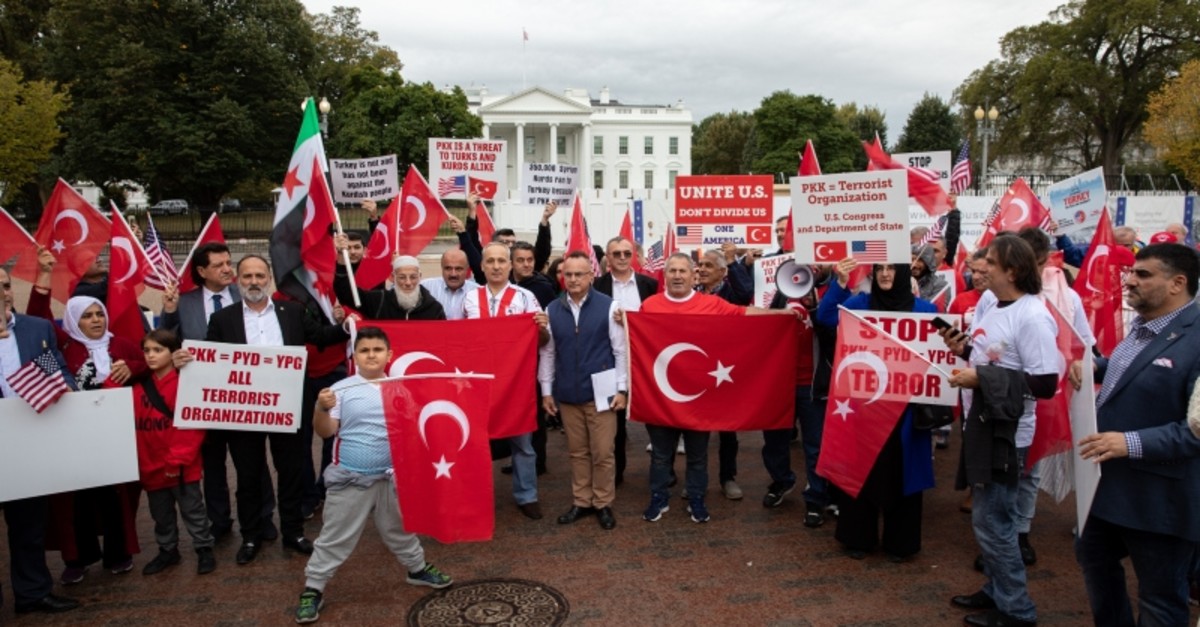 A group of Turkish nationals living in the U.S. on Sunday rallied in front of the White House in support of Turkey's Operation Peace Spring against terrorists in northern Syria.

The demonstrators held up signs saying that the PKK terror group, its Syrian offshoot the Democratic Union Party (PYD) and its armed branch, the People's Protection Units (YPG), are the same.

They denounced the terrorist groups and called on the U.S. government to end support to the YPG. 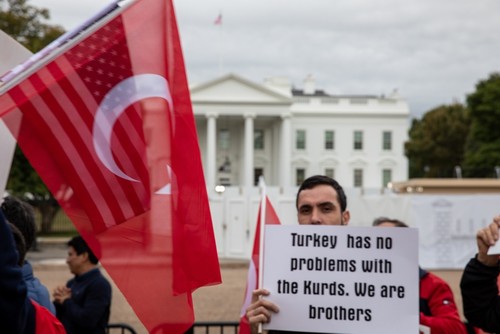 The U.S. partnered with the YPG in its fight against Daesh terror group, despite listing the PKK as a terror organization.

Turkey's Ambassador to Washington Serdar Kılıç shared videos of the rally on Twitter, applauding those who had "painted the street red and white" to show support for Turkey.

On Oct. 6, hours after a phone call with President Recep Tayyip Erdoğan, U.S. President Donald Trump announced that U.S. troops would withdraw from northern Syria ahead of a long-awaited counterterrorism operation by Turkey. However, in the days that followed, the president's rhetoric oscillated between supportive and condemning, even threatening to "destroy" Turkey's economy with heavy sanctions.