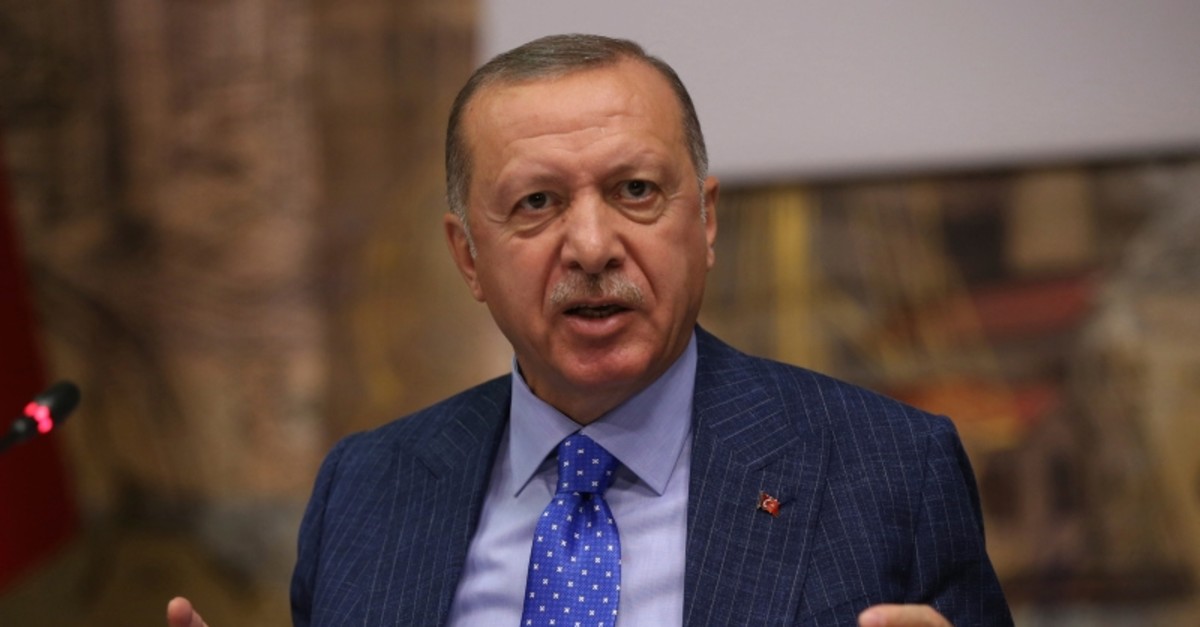 President Recep Tayyip Erdoğan said Sunday that reports of Daesh prisoners escaping is disinformation meant to provoke the United States and the West.

Erdoğan spoke to reporters Sunday evening at a closed news conference at the Presidency's Dolmabahçe Office.

The PKK-affiliated People's Protection Units (YPG) has been trying to use captured Daesh terrorists as a bargaining chip, hoping to provoke the West against Turkey by issuing false statements saying Ankara was targeting the camp with strikes. Turkey has denied multiple times any claims of strikes on the camp.

A witness said earlier Sunday that YPG terrorists deliberately started a fire in a camp for Daesh prisoners in northern Syria's Ayn Issa. The witness, who is a civil staff in Raqqa, Daesh terror group's former de-facto capital in Syria, said the YPG removed them from the camp prior to the fire.

"We are not eying the territory of Syria. We stand against those who want to divide and smash Syria," Erdoğan said.

Erdoğan also said he has been holding calls with Russian President Vladimir Putin whenever problems arise related to the operation.

"We are taking the necessary steps together," he said.

"I say this very clearly, (the statements) are completely unjust, not knowing their limit," he said.

Çelik criticized Akıncı for inviting Turkey to hold a dialogue with terrorist organizations.

He also reminded Akıncı of the number of citizens, soldiers and babies killed as the result of the attacks.

"For the sake of your fallen martyrs, you should not use this disrespectful language," the party spokesman added.

Çelik stressed that the Cyprus Peace Operation was carried out against a "murder network," adding it was an operation that established peace.

"Operation Peace Spring is also a fight against terrorism [...]," he added.

"These statements that do not represent the TRNC citizens is a black stain for Akıncı.

"We have the same will for Operation Peace Spring which we had while we were conducting the Cyprus Peace Operation," Çelik maintained.