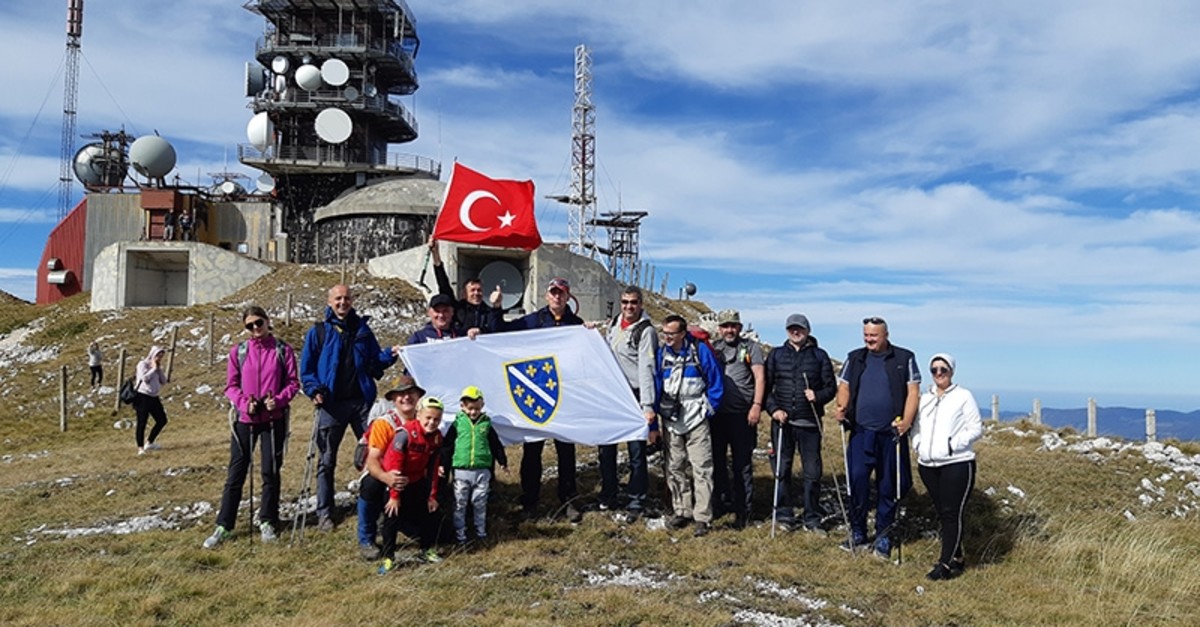 A group of mountaineers from Bosnia-Herzegovina voiced support for Turkey's counterterrorism operation in northeast Syria, unfurling the Turkish flag on the summit of Mount Vlasic.

The mountaineers from several cities, including Sarajevo, Zenica and Doboj, organized the event to show support for Turkey in its effort to eliminate the terrorist elements along its borders, as well as to provide peace and stability in the region.

The group climbed to Paljenik, the highest summit of the mountain at an altitude of 943 meters, where they announced a message that they will always stand beside Turkey in its fight against terror.

The mountaineers also unfurled Bosnia-Herzegovina's first flag, which was designed after the country gained independence.

Mount Vlasic and the Paljenic summit are among the most strategic places where Bosniak soldiers gained victory during the former Yugoslavian country's devastating 1992-95 war, which became known as Europe's bloodiest conflict since World War II.