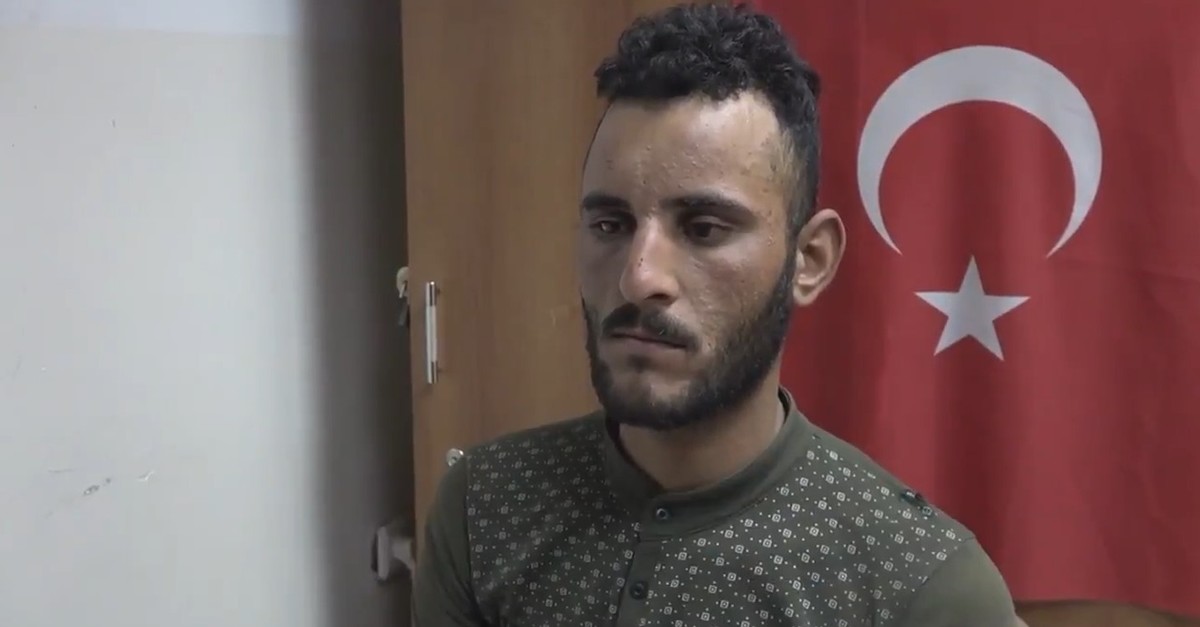 According to a video published by the Defense Ministry, the unnamed young man was captured in Haseke by YPG terrorists when he was on his way to the hospital.

"You have to join us or we will kill you and your father," the man recounted the terrorists telling him, describing how he was forced to join the terrorist group.

"They took me to Ras al-Ayn and gave me weapons and ammunition," he added.

The man said that he surrendered as soon as he saw TSK soldiers entering the town and noted that he was treated nicely and fairly by the Turkish army.

He also urged all others fighting for the YPG/PKK to surrender to Turkish forces.

"I address the youth fighting with the PKK pigs. Come, surrender to the Republic of Turkey and Turkish soldiers," he said.