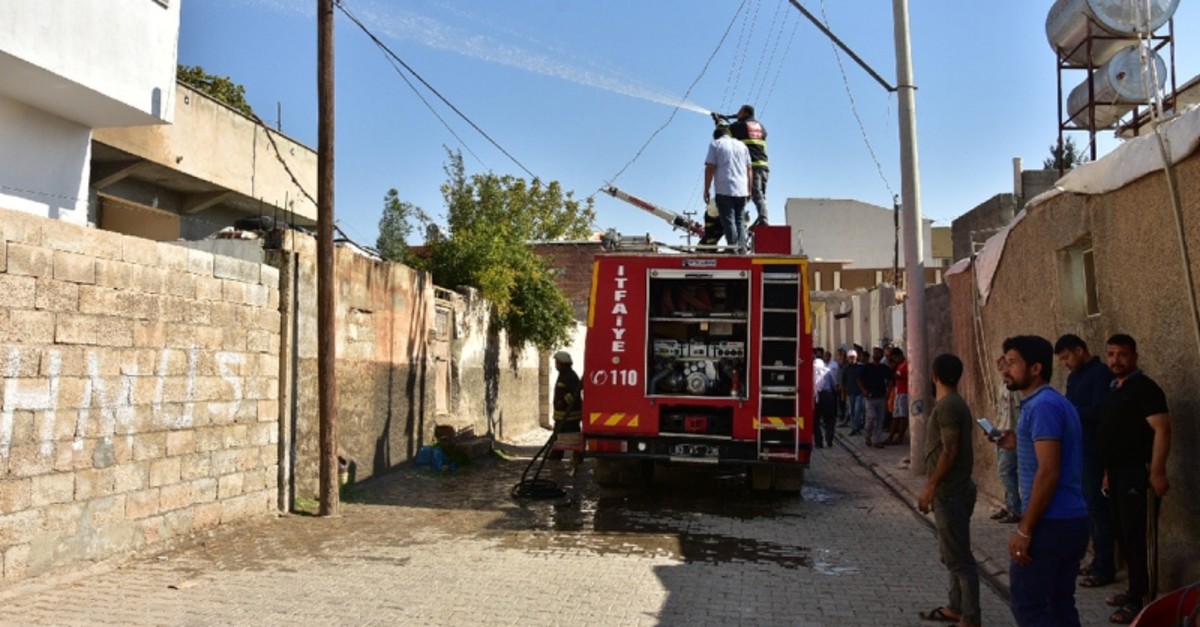 People's Protection Units (YPG) continued their cross-border attacks on towns in southeastern Turkey on Monday, launching 25 mortars and rockets at the Ceylanpınar district of Şanlıurfa province.

The mortars hit some houses and empty areas, but did not result in causalities.

One of the projectiles caused a fire on the roof of a house, but firefighters were able to extinguish it without harm to anyone.

Municipal authorities continued to warn locals against possible attacks, as the sound of ongoing clashes across the border could be heard in the district.

Clashes between the YPG terrorists and Turkish forces continue across the border in Ras al-Ayn within the scope of Operation Peace Spring, launched on Wednesday.

YPG terrorists have fired hundreds of mortars into Turkish border towns in Şanlıurfa and Mardin provinces since the start of the operation.

President Recep Tayyip Erdoğan said Monday that more than 700 mortars have been launched into the country by the YPG, killing 18 civilians and wounding nearly 200 others.