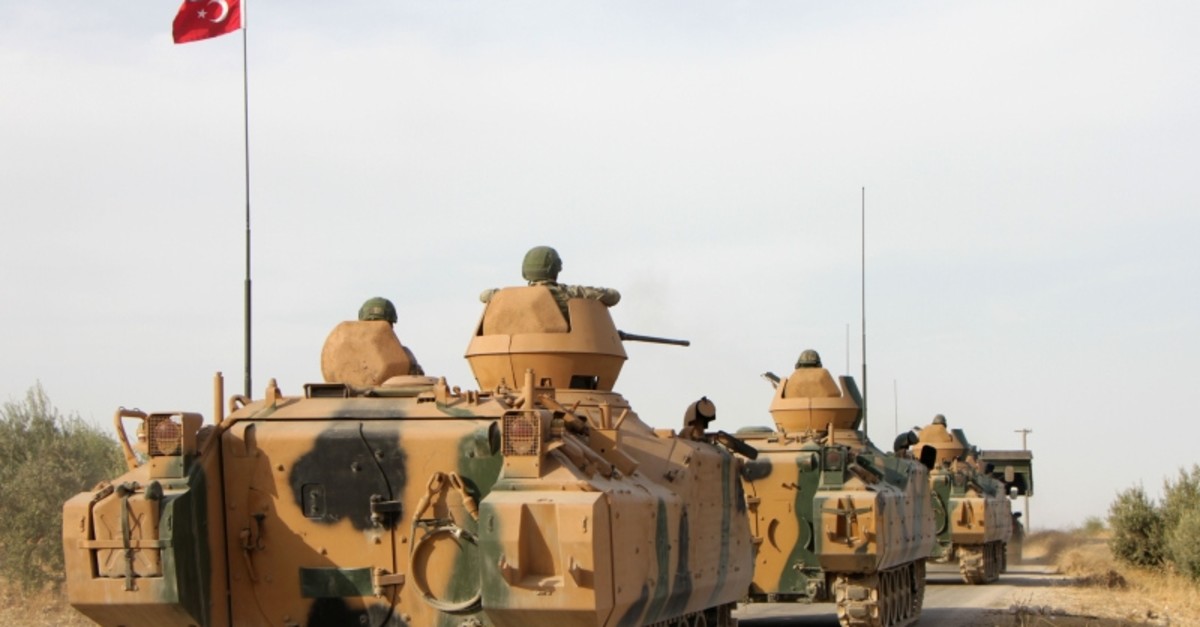 |Turkish soldiers are trasported in armoured personnel carriers through the town of Tukhar, north of Syria's northern city of Manbij, on October 14, 2019 (AFP Photo)
by Daily Sabah with AA Oct 16, 2019 8:28 am