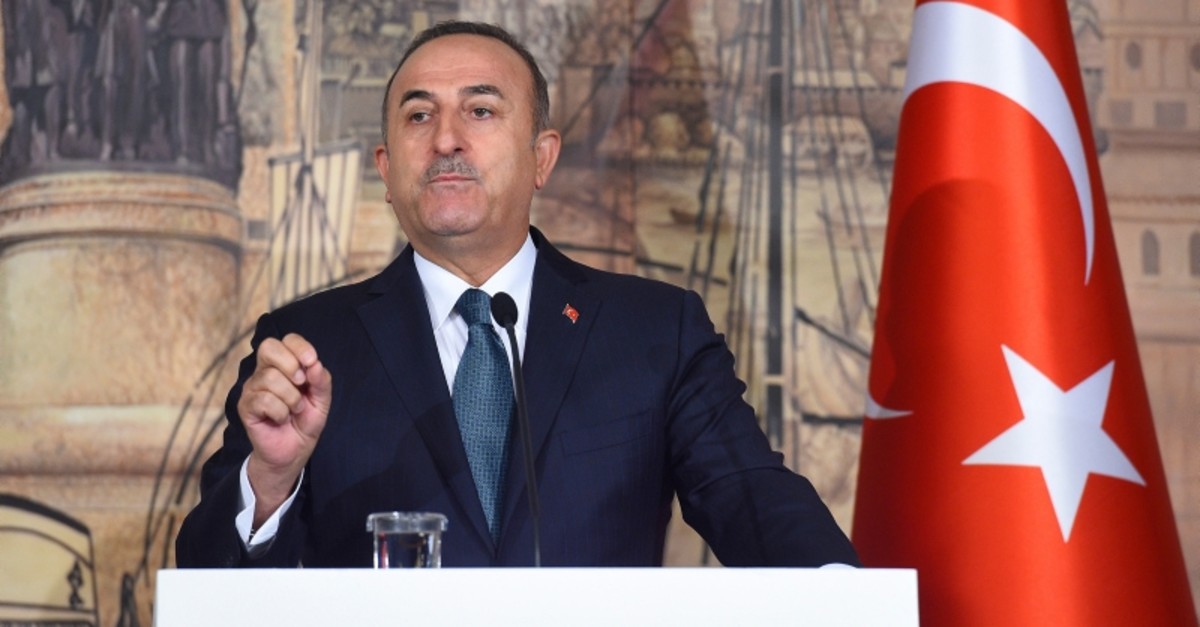 "The YPG has not hesitated to make a direct agreement with Daesh. As a result of the deal in Raqqa, hundreds of Daesh militants have been freely evacuated with buses," Çavuşoğlu told lawmakers in the Turkish parliament.

"They have not only released the Daesh terrorist in northern Syria in exchange for attacking Turkey, but they have also given them money," said Çavuşoğlu.

"Look at the countries that react the most today (to the operation). Especially France, their goal is to establish a terrorist organization here. To this end, those in the field and the neighboring regions have done very serious work. The reason they attacked us so much, therefore, is the frustration they experienced when we broke this game," he said.

Çavuşoğlu said Turkey would retaliate against any sanctions imposed by Washington.

Çavuşoğlu also said Turkey expected the U.S. Congress to turn back from its "damaging approach," and added that ties between Ankara and Washington were at a critical juncture. He said he would convey this to a U.S. delegation led by Vice President Mike Pence coming to Ankara on Wednesday.

Çavuşoğlu was due to meet with U.S. national security adviser Robert O'Brien in the capital on Wednesday about Turkey's ongoing anti-terror operation. However, the meeting was postponed due to the foreign minister's prolonged meeting at the parliament on Wednesday afternoon, and O'Brien was expected to meet with Presidential Spokesperson Ibrahim Kalın instead.

"Foreign Minister Çavuşoğlu's planned meeting with U.S. National Security Adviser Robert O'Brien could not be held today due to the former's prolonged meeting at Parliament," sources said, adding that officials are trying to work around plans to reschedule for Thursday.

O'Brien will be visiting Ankara as part of the delegation led by Pence and Secretary of State Mike Pompeo.

Pence is expected to hold talks with President Recep Tayyip Erdoğan about the operation on Thursday.