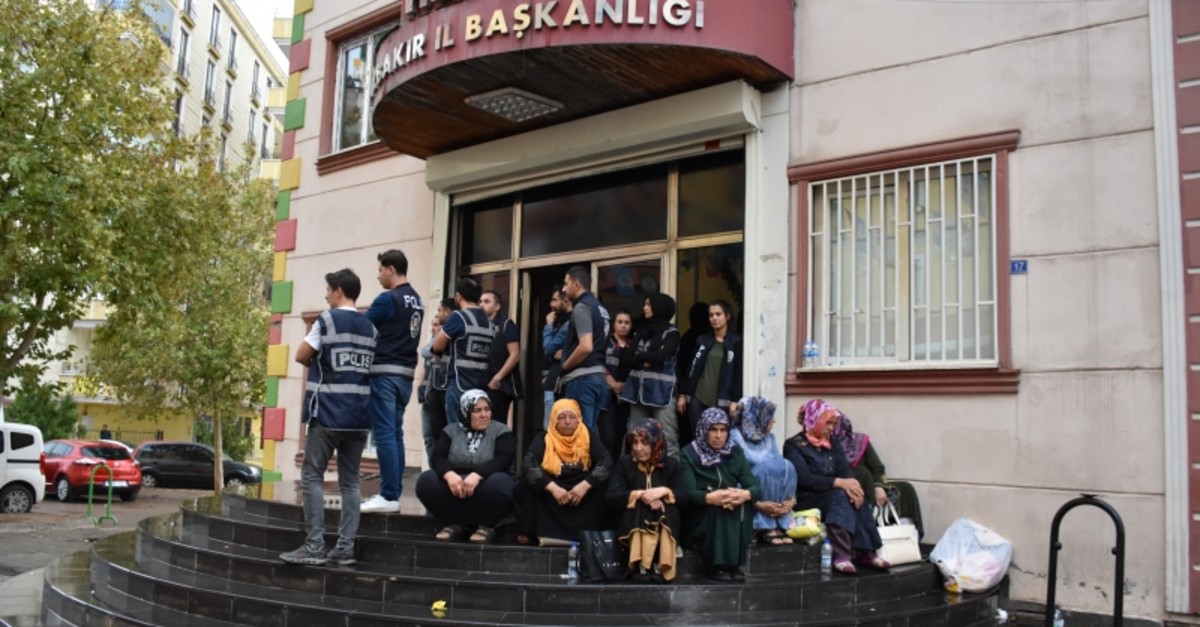 The sit-in protest of Kurdish mothers in Turkey continued on Thursday despite heavy rainfall in the southeastern province of Diyarbakır.

Since the beginning of September, the mothers have protested against the abduction of their children by the PKK terror organization in front of the PKK-linked Peoples' Democratic Party (HDP) building in the province.

One of the mothers persisted in staying despite the bad weather conditions, stating that she didn't care about the rain.

"We don't know how our children are doing. We're ready to give our lives for our children," Ayşegül Biçer said. "We will continue our protest until the end."

Süheyla Demir, who joined the protest with her 1.5-year-old baby, said that they wouldn't give up. Her daughter was kidnapped five years ago to be forced to fight for the PKK.

"We hope that we won't leave here until we get our children back. If you kids should hear us, we are ready to face death for you." She called on them to think of their families, surrender to the Turkish security forces and return home.

Another mother, whose daughter was taken seven years ago, said that she didn't even feel the cold. "I don't feel cold right now. I don't feel it because of the pain of (losing my daughter) Ceylan," she said.

The HDP, long facing public reaction and judicial probes over its ties to the PKK, is under pressure due to this growing civilian protest movement launched by the mothers and local families.

The sit-in has been going on since Sept. 3 with the number of families reaching 50, including five Iranian families whose children were abducted by the PKK's Iranian wing, the Kurdistan Free Life Party (PJAK).

Initially, a lone protest was started in August by mother Hacire Akar in front of the HDP provincial organization in Diyarbakır.

Similar protests have taken place previously and have continued since the PKK started its more than 30-year terror campaign against Turkey. The terrorist organization is responsible for the deaths of some 40,000 people, including women, children and infants.

In 2011, families whose children were kidnapped by the PKK terrorist organization also gathered for a sit-in protest in Diyarbakır to express their frustration with HDP officials.