Turkey will crush PKK/YPG terrorists if they don't withdraw within 120 hours, Erdoğan says 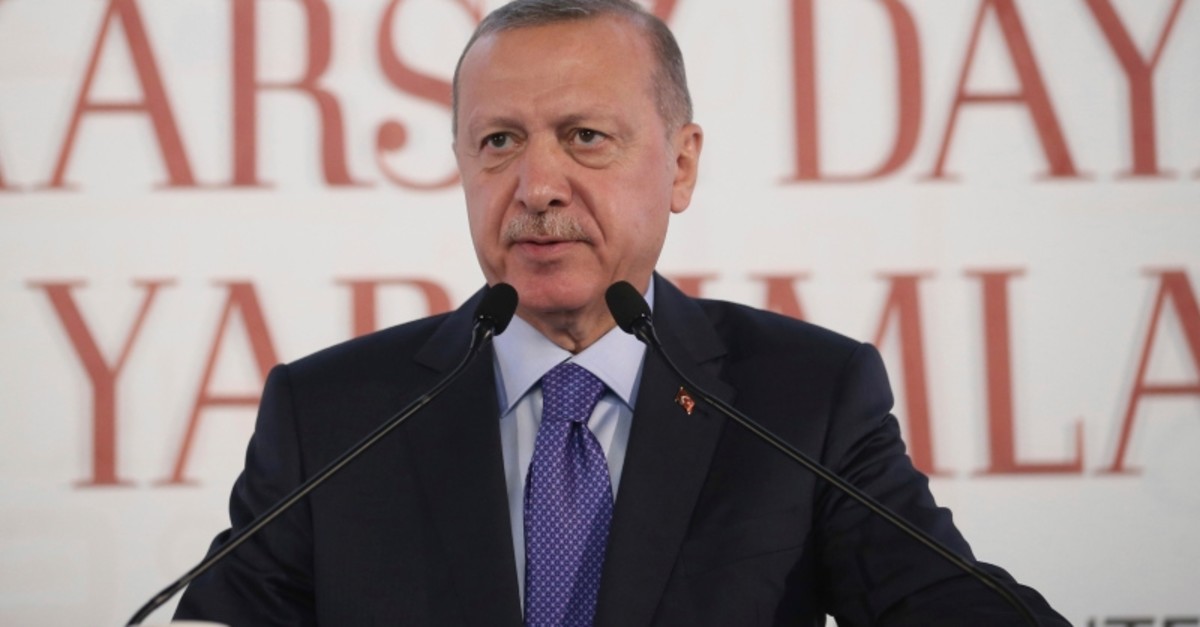 President Recep Tayip Erdoğan said that Turkey will crush the PKK terror group and its Syrian offshoot the People's Protection Units (YPG) terrorists if they don't withdraw within the agreed 120-hour timeframe from the safe zone area in northern Syria.

"We will crush the heads of the terrorists if they don't withdraw within the 120-hour period," Erdoğan said.

The president also noted that he will discuss with Russia's President Vladimir Putin areas in northern Syria where Assad regime forces are deployed during his visit to Sochi next week.

"Regime forces are present in some part of Turkey's anti-terror operation zone in northern Syria, I'll discuss this matter with Putin," he said.

However, he warned that Turkey would "implement its own plans" if they cannot reach a solution.

Speaking before Erdoğan, Defense Minister Hulusi Akar said that Turkish troops in northern Syria are ready to continue their operation if a deal with Washington to pause the conflict while YPG terrorists withdraw is not fully implemented.

"We paused the operation for five days. In this time, the terrorists will withdraw from the safe zone, their weapons will be collected and positions destroyed. If this doesn't happen, we will continue the operation," Akar said.

"Our preparations are ready. With the necessary order, our soldiers are ready to go anywhere," he told the crowd an event in Kayseri.

Turkey and Washington agreed on Thursday for Ankara to halt its operation for 120 hours while YPG terrorists withdraw from a safe zone in northeastern Syria.