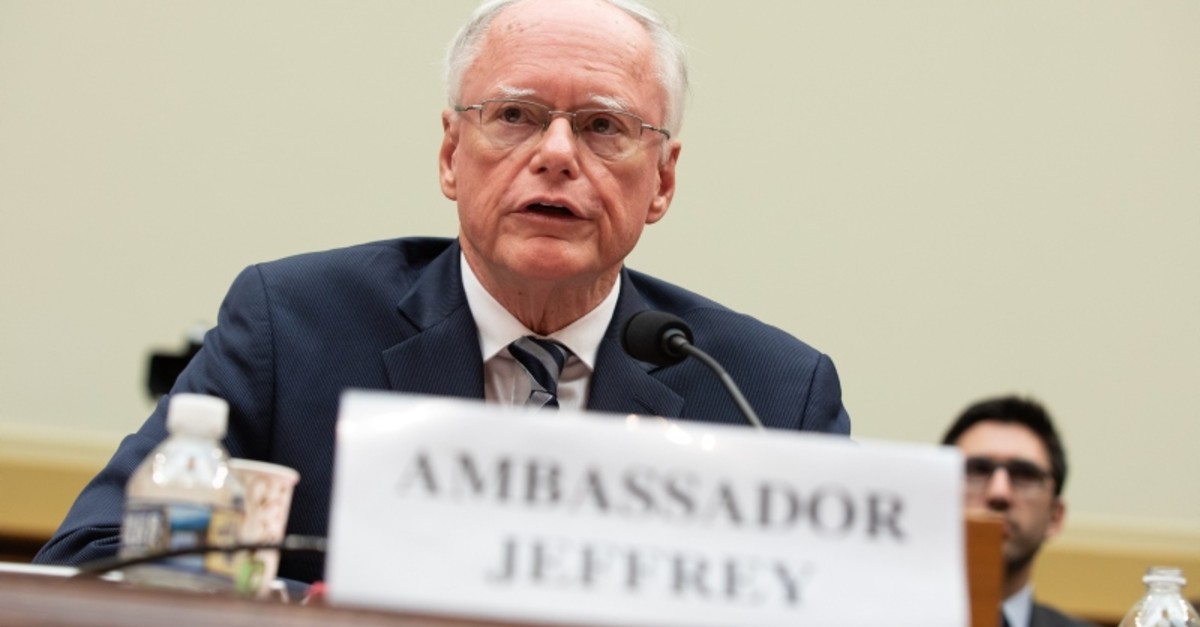 The United States struck an agreement on Syria with Turkey to halt the fighting in northern Syria in exchange for a retreat by People's Protection Units (YPG) terrorists from the planned safe zone area in part because the U.S. believed the YPG would not be able to hold that area militarily anyway, a top U.S. official said.

"There's no doubt that the YPG wishes that they could stay in these areas," U.S. Special Envoy to Syria James Jeffrey told pool reporters traveling with him. "It is our assessment that they have no military ability to hold onto these areas and therefore we thought that a ceasefire would be much better ... for trying to get some kind of control over this chaotic situation."

Turkey agreed on Thursday to pause its operation in Syria for five days to let YPG terrorists withdraw from a safe zone area Ankara had sought to capture, in a deal hailed by the Trump administration and cast by Turkey as a complete victory.

Jeffrey said the United States and Turkey defined the safe zone as the areas where Turkey was now operating, down 30 km in a central part of Northeast Syria.

"Now, the Turks have their own discussions going on with the Russians and the Syrians in other areas of the northeast and in Manbij to the west of the Euphrates," he said.

"Whether they incorporate that later into a Turkish-controlled safe zone, it was not discussed in any detail," Jeffrey said. That right now is not Turkish controlled territory."