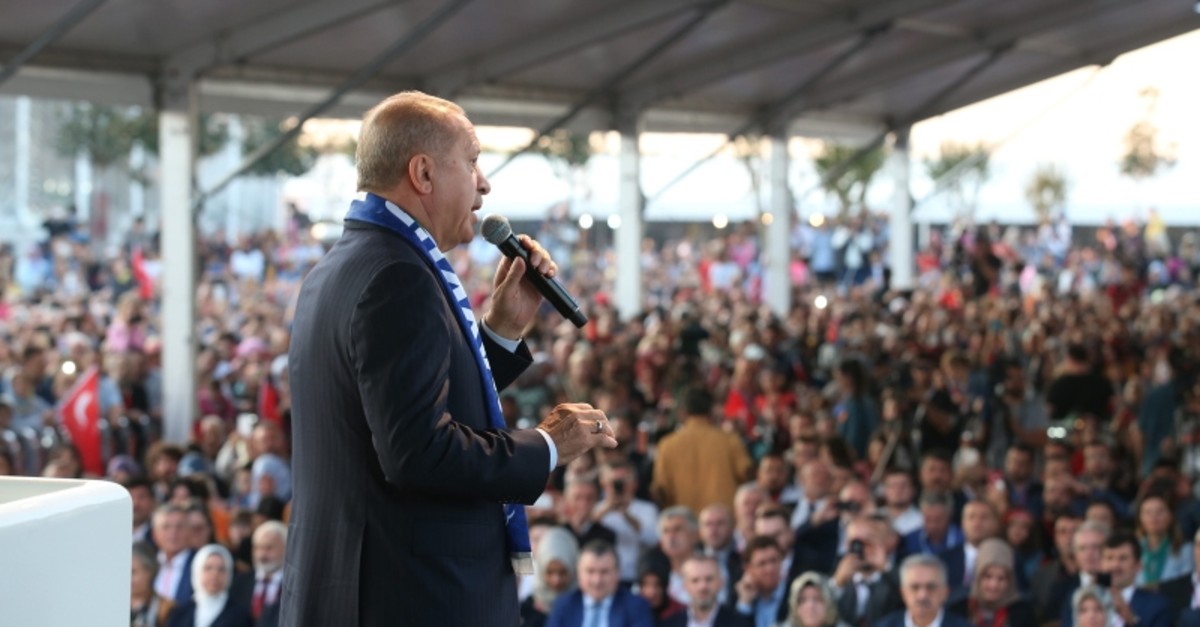 Speaking at an anti-smoking program held in Istanbul, Erdoğan said: "We expect our American allies to keep their promises this time."

President Erdoğan added that a total of 765 YPG terrorists, including seniors, were neutralized as part of the country's counter-terrorism campaign in northern Syria, adding 1,500 square-kilometers of the territory was rescued from the terror group.

He said that if the YPG does not observe the 120-hour pullout period, Turkey will immediately resume its operation.

Erdoğan went onto say that Turkey made the agreement with the U.S., not YPG terrorists, and some parties sought to distort this fact.

Stressing that Turkey would enjoy YPG's withdrawal from the safe-zone territory, Erdoğan said Ankara would take the safe-zone area under protection, adding: "We studied well, all projects are ready."

On Oct. 17, Turkey agreed to pause its Operation Peace Spring for 120 hours to allow the withdrawal of terrorist YPG forces from the planned safe zone.