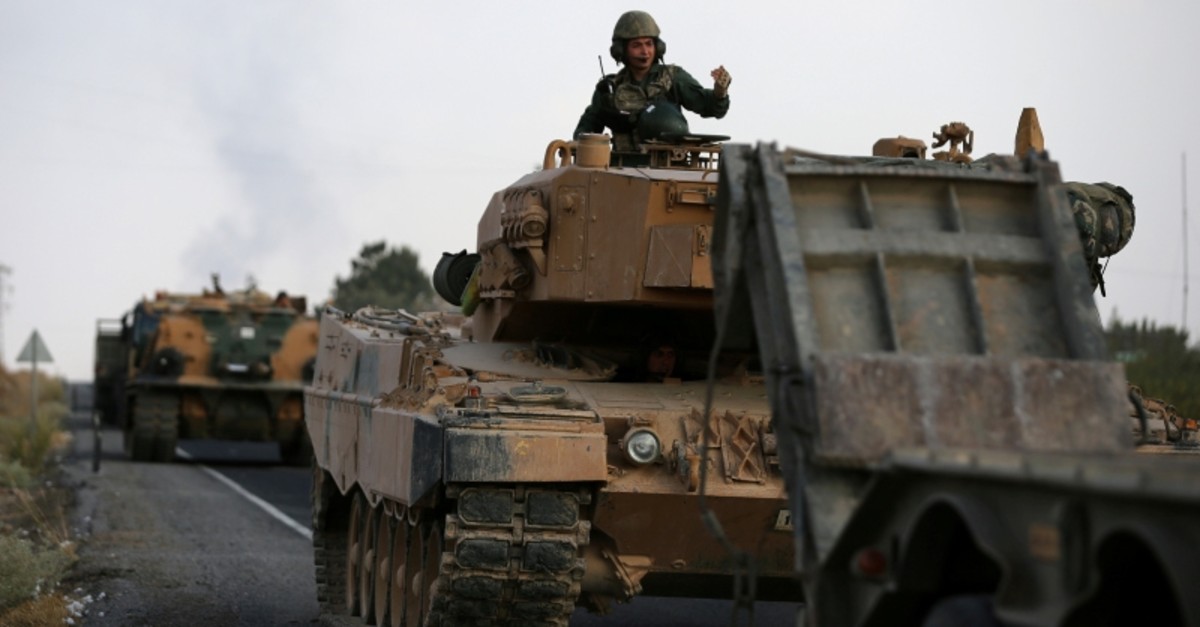 "We totally reject the unfounded allegations in Amnesty International's report on Operation Peace Spring," the ministry said in a written statement.

The ministry said that it considers these "baseless allegations" as part of an ongoing "smear campaign" against Turkey's efforts in countering the terror threat stemming from Syria and aiming at Turkey's national security.

The statement reiterated that Operation Peace Spring is a counter-terrorism operation against the PYD/YPG terrorist organization, which threatens both Turkey's national security and Syria's territorial integrity by pursuing a separatist agenda.

"During the planning and execution phases of the operation, only PYD/YPG terrorist elements and their hideouts, shelters, emplacements, weapons, vehicles and equipment are targeted," it added.

The ministry stressed that all necessary measures are taken in order to avoid harm to civilians and civilian infrastructure.

It also reminded that the Syrian National Army which is supporting the operation has already established an "Investigation Committee" to look into the alleged cases of civilian casualties attributed to its own elements.

"The bonds between PYD/YPG and PKK, recognized as a terrorist organization also by the EU and NATO, as well as its crimes and violations have been documented on repeated occasions," it highlighted.

The statement invited Amnesty International to "re-examine" these studies of independent international institutions, including those of its own.

The ministry's statement came after the Amnesty International's statement last week which claimed that Turkey carried out "violations" during its anti-terror operation into northeast Syria.

Previously, Amnesty International in its report on Oct. 13 said that YPG forces in northern Syria had committed war crimes during its battles with Daesh. The human rights body said that thousands of people had been deliberately forced to leave their homes and entire villages were razed to the ground by YPG fighters.