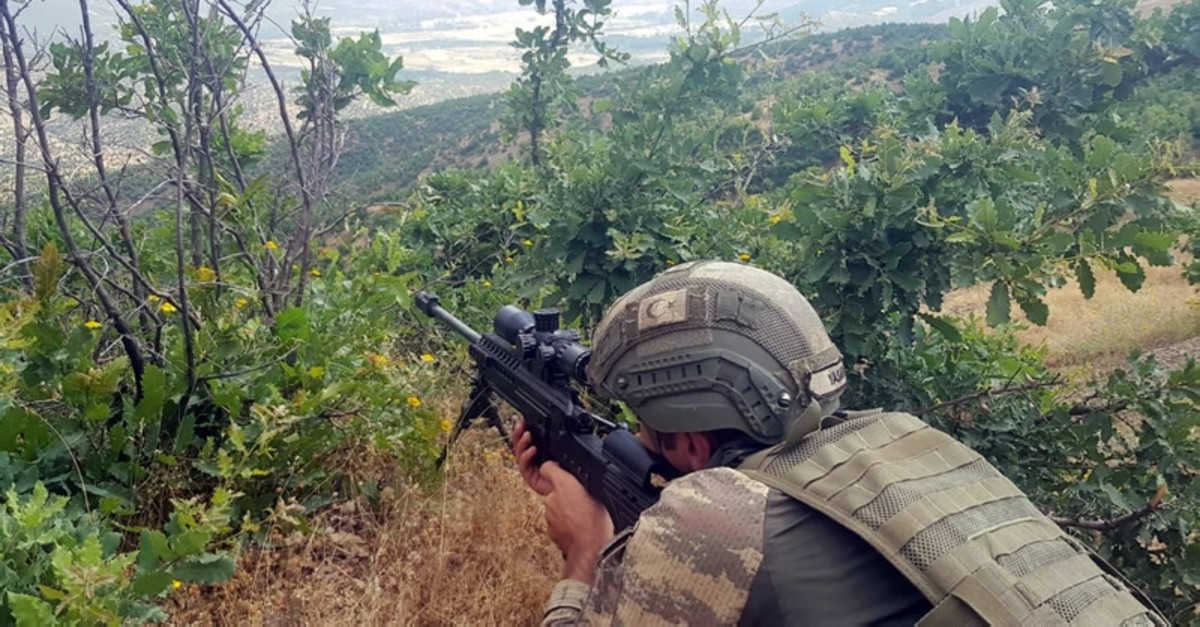 | AA Photo
by Anadolu Agency Oct 21, 2019 11:05 am
Turkish security forces on Monday neutralized at least seven terrorists in the eastern and southeastern parts of the country, the Interior Ministry said.

In southeastern Diyarbakır province, the gendarmerie neutralized two terrorists in the rural Lice area, the ministry said in a statement. One of the terrorist -- identified as Fedai Kocer, codenamed Yusuf Demir -- was on ministry's gray list in wanted terrorists.

Gendarmerie and police neutralized three terrorists in the southeastern Mardin and two other terrorists in eastern Bitlis provinces.

Security operations continue in the region.