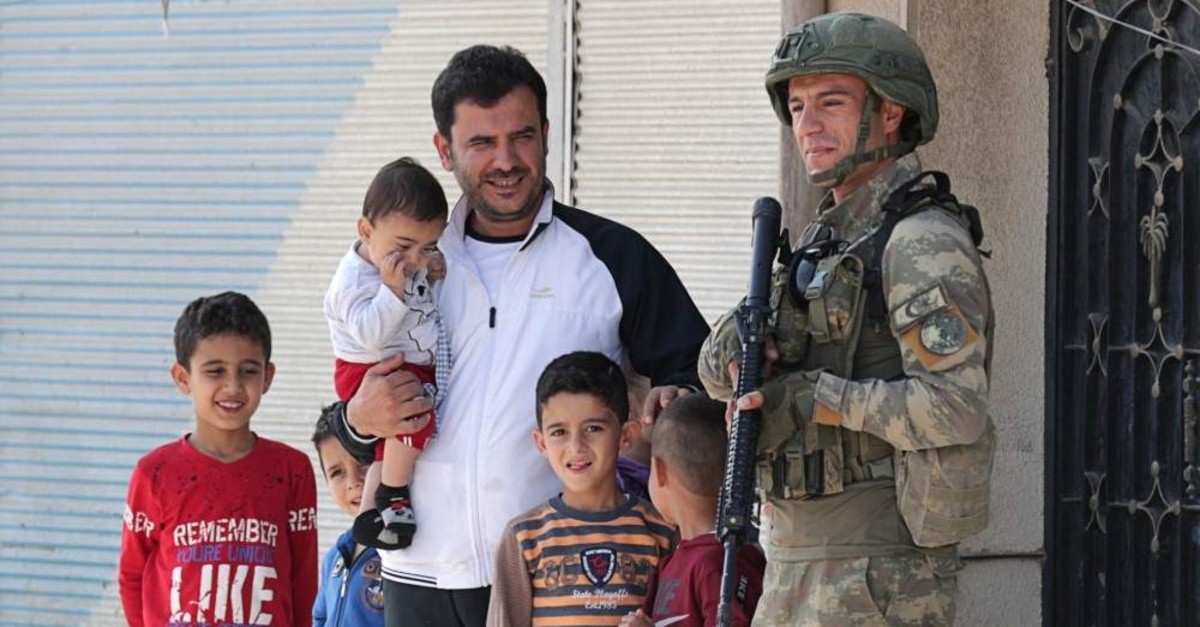 A senior U.S. official from the White House said Wednesday that Washington has not heard of any evidence of "ethnic cleansing" by Turkey in northeastern Syria.

"As of now, I don't think we've seen any evidence of ethnic cleansing," the official told the reporters via telephone, speaking on the condition of anonymity. "And so, you know -- that would be a very serious thing if it took place."

That action drew criticism from naysayers from around the world who claimed the Turkish military is conducting "ethnic cleansing" against the Kurdish population in Syria's northeast.

"I hope that won't happen. We've been told by our Turkish colleagues that there are no such plans. And so it's -- I don’t expect it will happen," the official added.

The phone briefing came hours after Washington lifted all sanctions imposed on Ankara over its operation. That included two Turkish ministries and three ministers.

"We are looking forward to good relations with Turkey, which is a NATO member. We also look to continue a good relationship with the Kurds in Syria. We're obviously hoping for the best in Syria," the official said, referring to the PKK terrorist group's Syrian affiliate the People's Protection Units (YPG).

Meanwhile, according to a previous report by the Syrian Network for Human Rights (SNHR), the YPG terrorist group has killed 1,157 civilians in northern Syria since 2012, 203 of the victims were children and 47 people — including two women and one child — were tortured to death.

Some 3,100 people have been languishing in detention centers of the terrorist group located in areas that fall within its control in northern Syria, the SNHR said.

SNHR, is a nonprofit organization that documents human rights violations in Syria since the beginning of the devastating civil war that began in early 2011, when Bashar Assad's regime cracked down on protesters with unexpected ferocity.

Erdogan and his Russian counterpart, Vladimir Putin, held a meeting Tuesday in the Black Sea resort town of Sochi just hours before the pause was set to expire.

Ankara and Moscow reached a deal under which PKK/YPG terrorists will pull back 30 kilometers (19 miles) south of Turkey’s border with northern Syria within 150 hours and security forces from Turkey and Russia will conduct joint patrols there.

In its more than 30-year terror campaign against Turkey, the PKK -- listed as a terrorist organization by Turkey, the U.S. and the European Union -- has been responsible for deaths of 40,000 people, including women, children and infants. The YPG is the Syrian offshoot of the PKK.