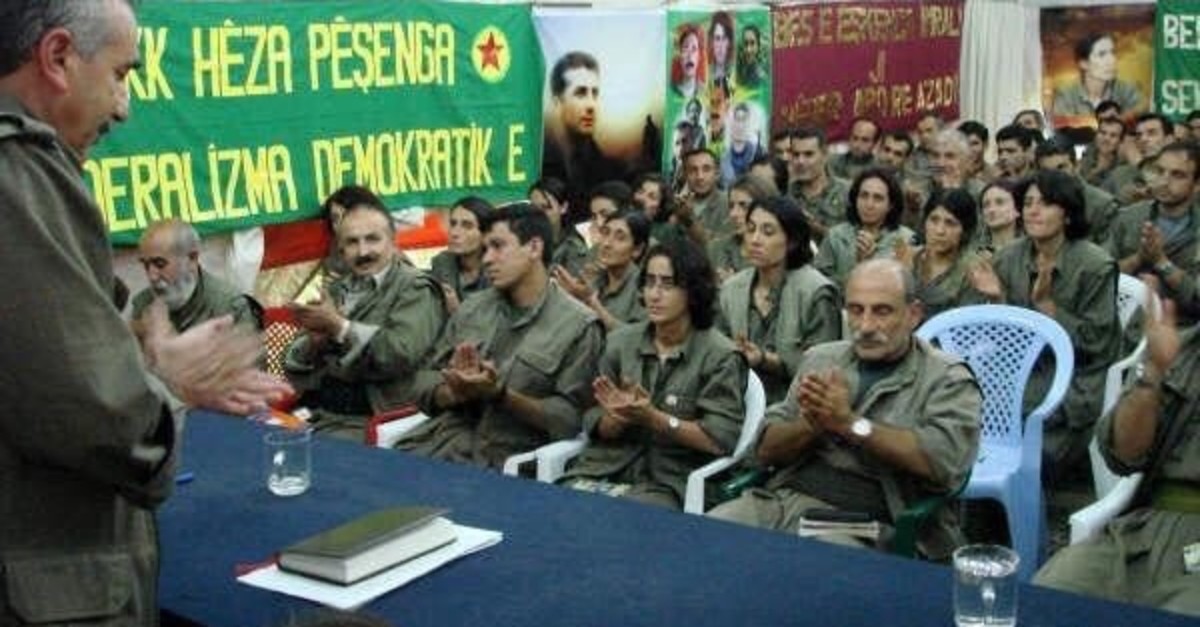 | Photo from Twitter
by Daily Sabah Oct 26, 2019 12:23 am
Ferhad Abdi Şahin, a terrorist sought by 196 countries and the ringleader of the U.S.-backed Syrian Democratic Forces (SDF), was spotted in photos with PKK terrorist organization founder Abdullah Öcalan and another PKK leader Duran Kalkan.
The photo of Şahin, also known as Mazloum Kobani, as a teenager swimming with Öcalan reportedly in Syria’s Latakia went viral on social media as the White House invited the terrorists to the U.S.
Social media users posted another photo of Şahin sitting next to PKK leader Duran Kalkan, who is wanted by the State Department for $3 million.
Şahin was also seen in photos with other terrorists wanted by the U.S., including the PKK's acting leader Murat Karayılan and Cemil Bayık, wanted for $5 million and $4 million, respectively.
Şahin is the commander-in-chief of the SDF, which is dominated by the People's Protection Units (YPG), an armed terror group that operates as the Syrian offshoot of the PKK terror organization.
The PKK is recognized as a terrorist organization by Turkey, the U.S. and the European Union and has waged a terror campaign against Turkey for more than 30 years, resulting in the deaths of nearly 40,000 people, including women, children and infants.
Interpol currently has a Red Notice warrant out in Şahin's name for playing a crucial leadership role in the PKK-linked YPG.
He is the adopted son of the PKK's imprisoned founder Öcalan, who is now serving a life sentence in a Turkish prison.
Last Update: Dec 20, 2019 1:15 am
RELATED TOPICS